Australia welcomes over 250,000 Japanese each year.  And from our end, Japan is one of the top 10 destinations for Aussies headed overseas. We love to visit Japan.

I flew back from Tokyo's Narita airport on Japan Airlines (JAL), the flag carrying airline of Japan, on the overnight flight (JL771).

It is a premium service and I'd book it again in a heartbeat.

Consider this travel relationship well and truly marked into the calendars of Aussies going to Japan year-round on business trips and holidays. 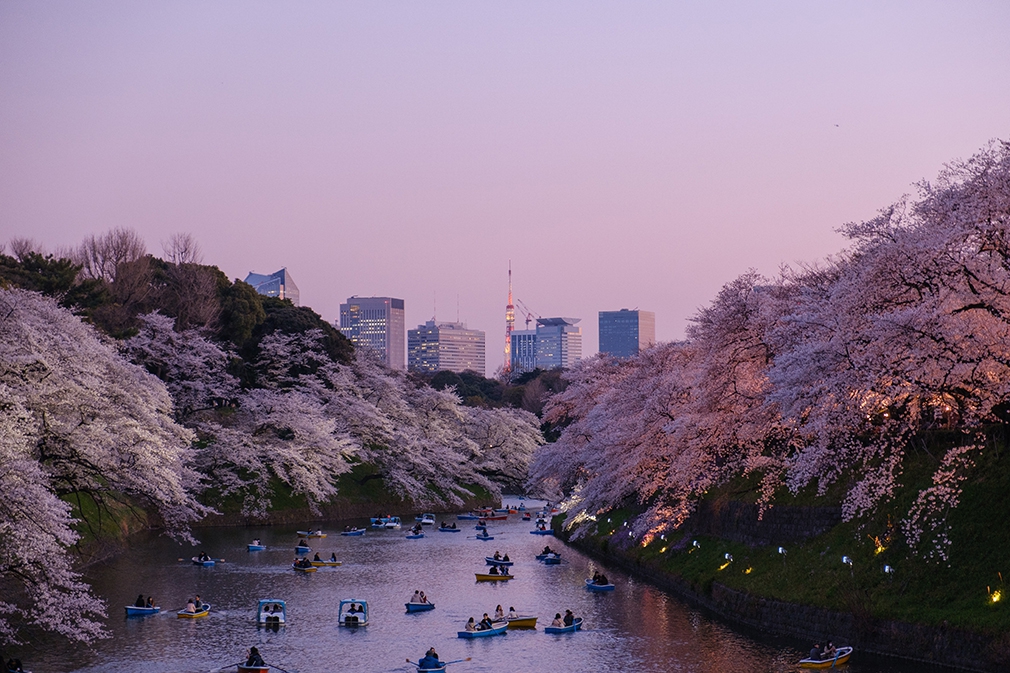 But its not all salarymen and holidaymakers, there's the snowboarders who make the trip north to the snow resorts of Niseko and Hakuba from November until March in search of powder and ramen.

Travel between Australia is set to spike later this year for the Rugby World Cup from 20th September until 2nd November 2019.

To buy a business class ticket on this popular JAL flight will cost around $7,000 AUD. The hefty price is held up high by the strong demand and weakish supply. Only Qantas, JAL, and ANA fly the route non-stop back and forth between Tokyo from Sydney on a daily basis.

As always booking on points is the best way to do it. If you did have JAL Miles you can book this flight on JAL.com using 40,000 JAL Miles + $50 in taxes.

The problem is that next to nobody in Australia has easy access to earning miles into JAL Mileage Bank. Other than flying with Japan Airlines, there is no way to earn points from your credit card spend.

I was able to reach an all-time highest 17.5 cents per point on this flight.

For some comparison, if I had of booked the exact same JL771 flight (or the JL772 flight from Sydney up to Tokyo) in business class from my Qantas.com account then it would have cost 60,000 Qantas Points + approx $200 AUD points.

Instead, I used 40,000 American Advantage Miles + $129 in taxes! It would have only been $50 in taxes if not for a website error. That's still incredibly good when you think that the normal price for the ticket is AU$7,000. I couldn't book it fast enough! This meant I was able to reach an all-time highest 17.5 cents per point on this flight.

How to get around booking errors on AA.com

What use are AA miles if the website is throwing error codes?  I had found the JL771 flight on aa.com website and made it all the way to the final checkout page but couldn't book due to a booking error on the aa.com website! 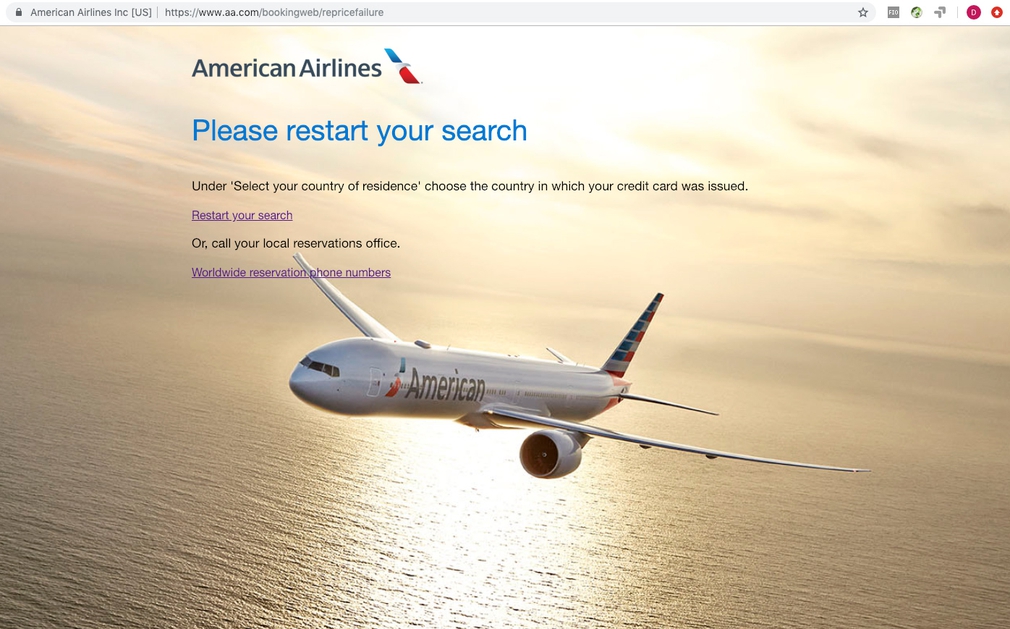 I hit a problem with a credit card country setting in my AA profile that I just couldn't change no matter how many times I tried.

Instead of quitting I called the AA reservation telephone number. It took 3 attempts at being on hold to get through to a very calm and helpful man on the AA reservation team who took my call and stayed on the call for about 8 minutes until he was able to find the same JL771 flight that I could see online. He made the booking and, crucially, issued me with two booking references: one for AA and one for JL ... just in case.

As soon as you come through security and clear immigration at Narita airport the JAL Sakura Lounge is within sight.

Narita can be a really busy airport so time inside the lounge pre-flight is ideal. There's almost everything you could need: loungers, food, drinks, business areas for making private calls, private showers and massage chairs, even a couple of snooze rooms. 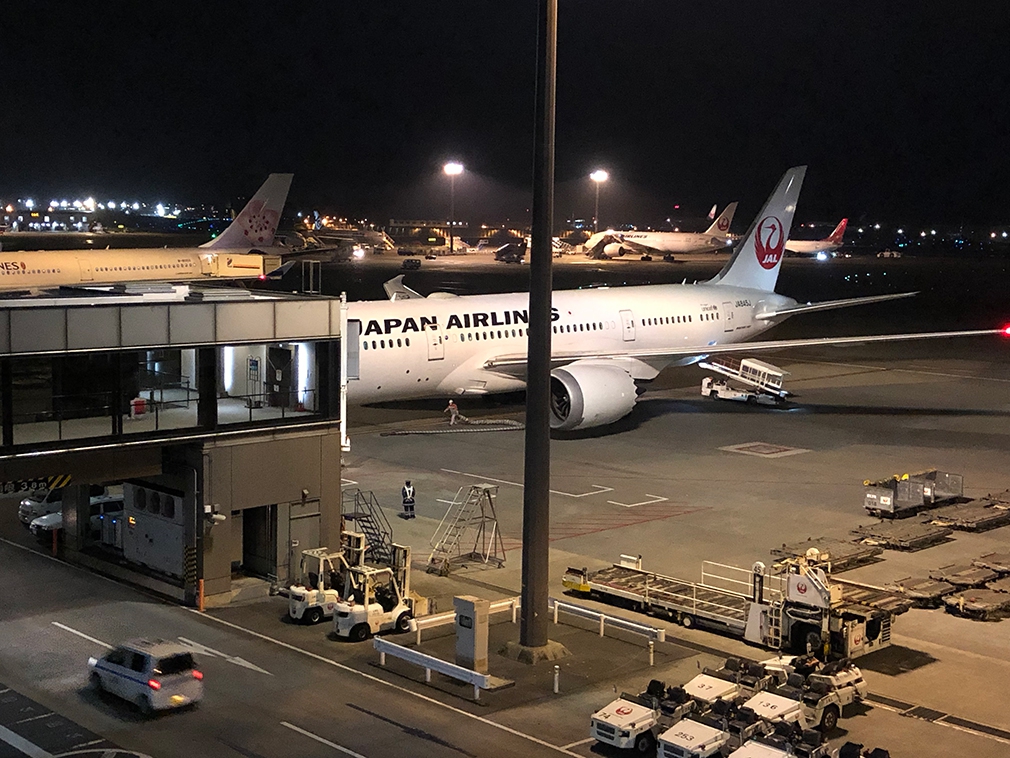 One of JAL's B787 Dreamliners preparing for takeoff at Narita airport 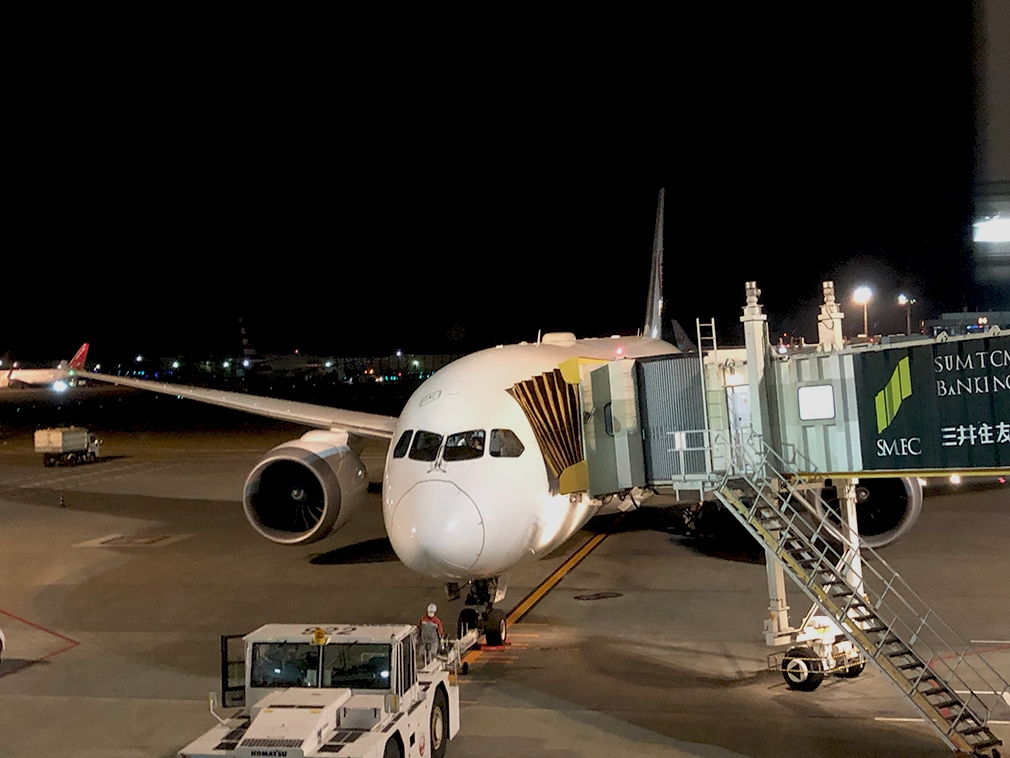 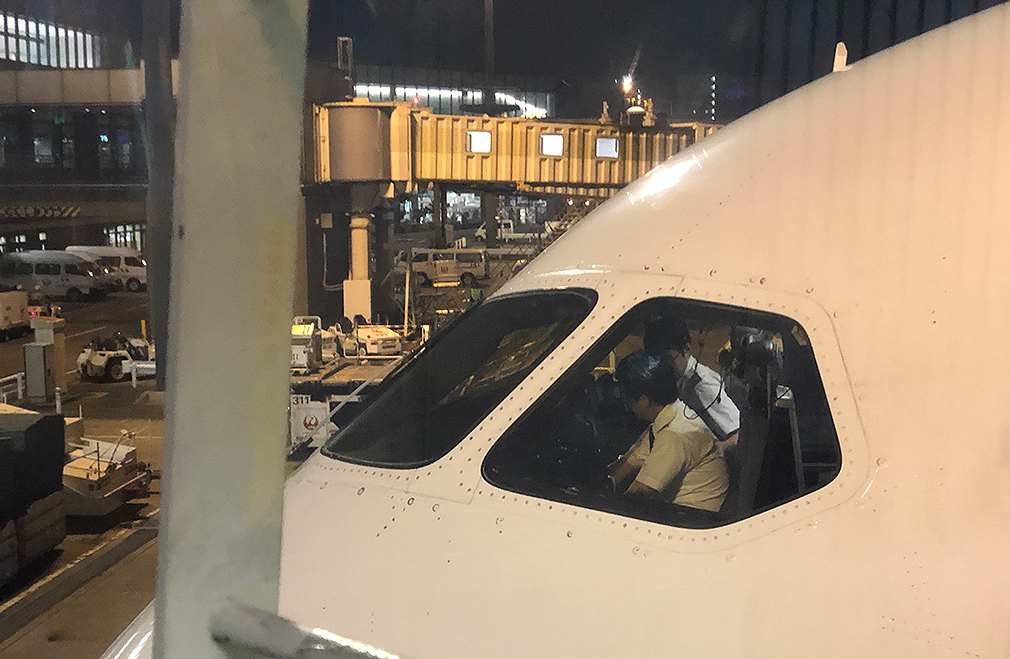 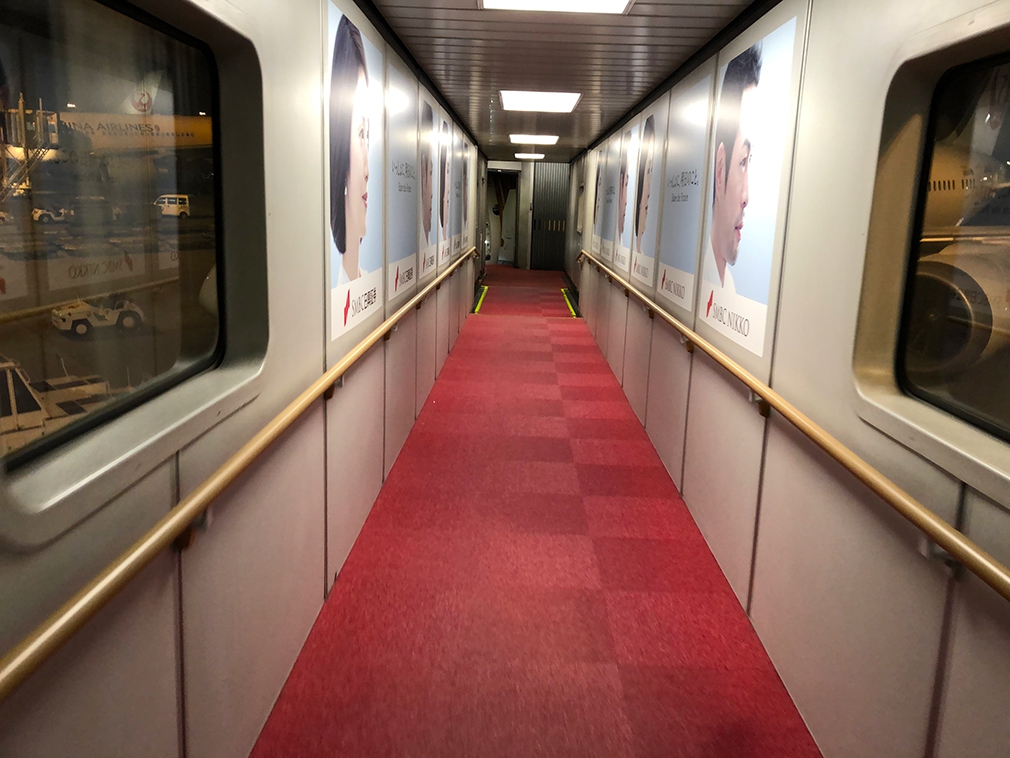 The jetbridge onto the plane at Narita Airport 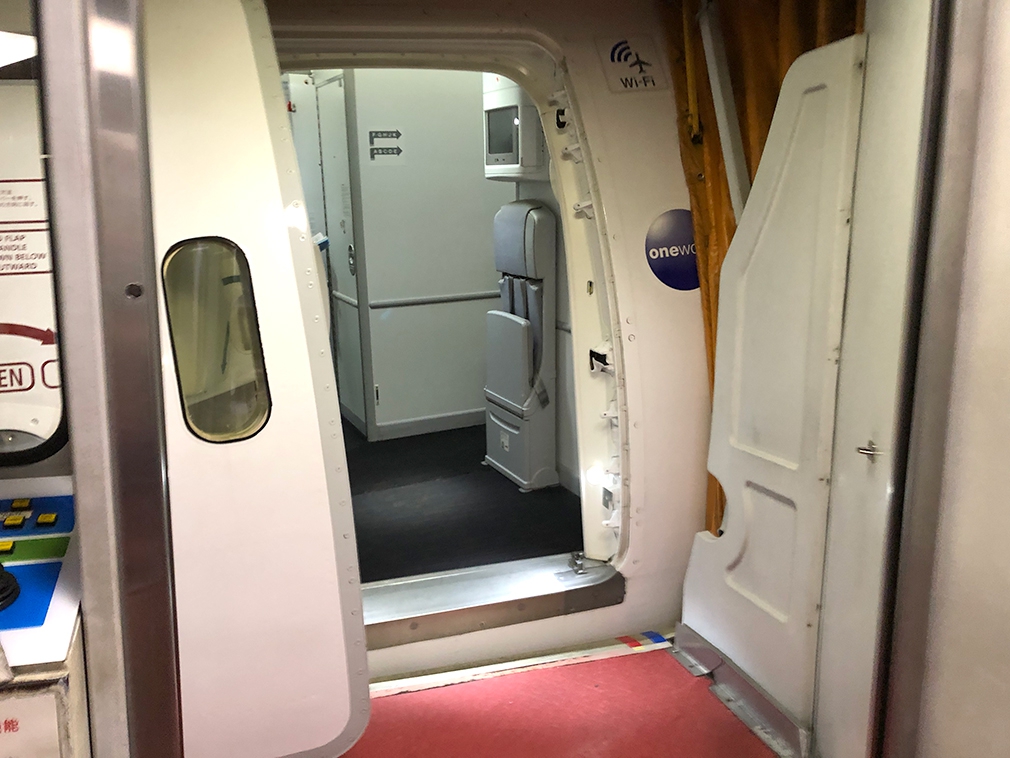 Stepping inside this Japan Airlines B787 Dreamliner for the next 10 hours. 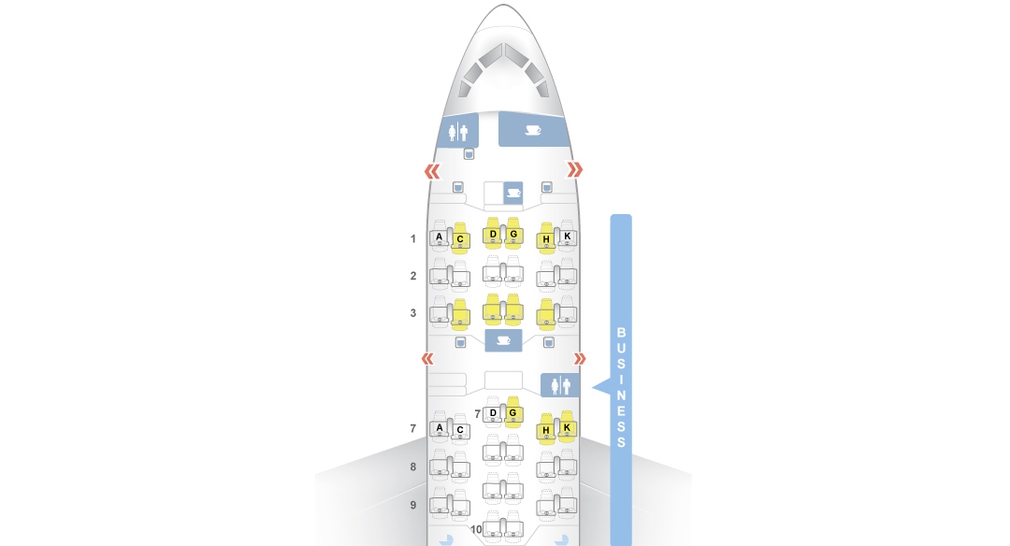 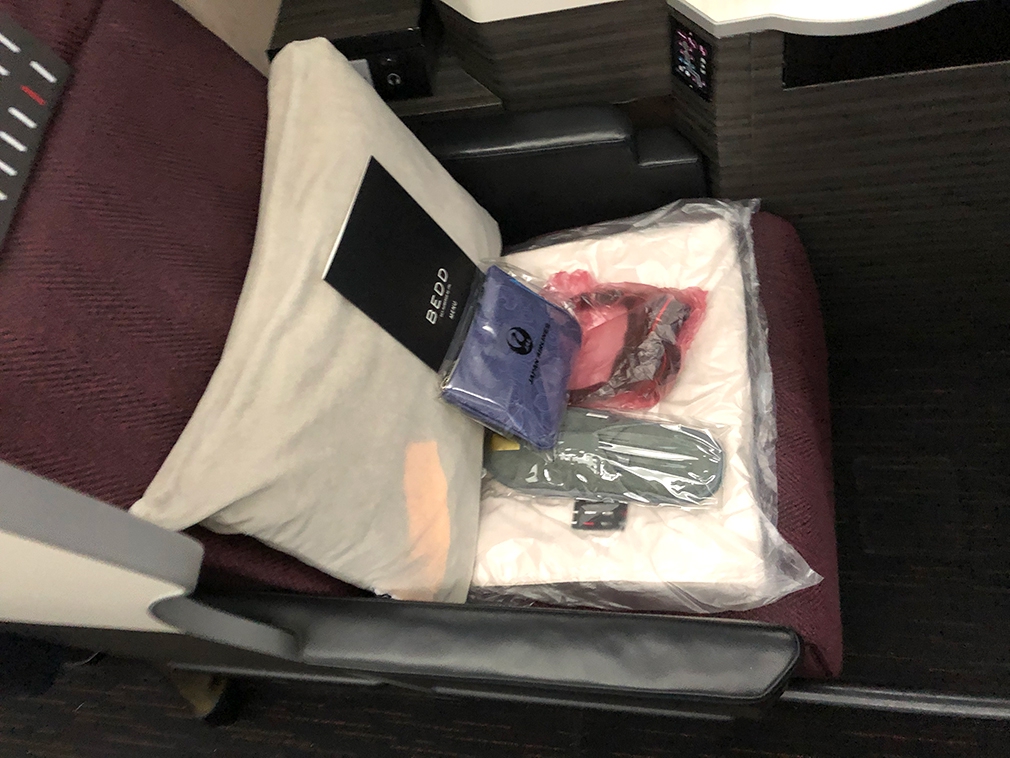 You'll find your Sky Suites seat neatly stacked with all of your menu, blankets, noise canceling headphones and amenity kit.

You'll find ample room to store your cabin bags at your feet or in the overhead bins. 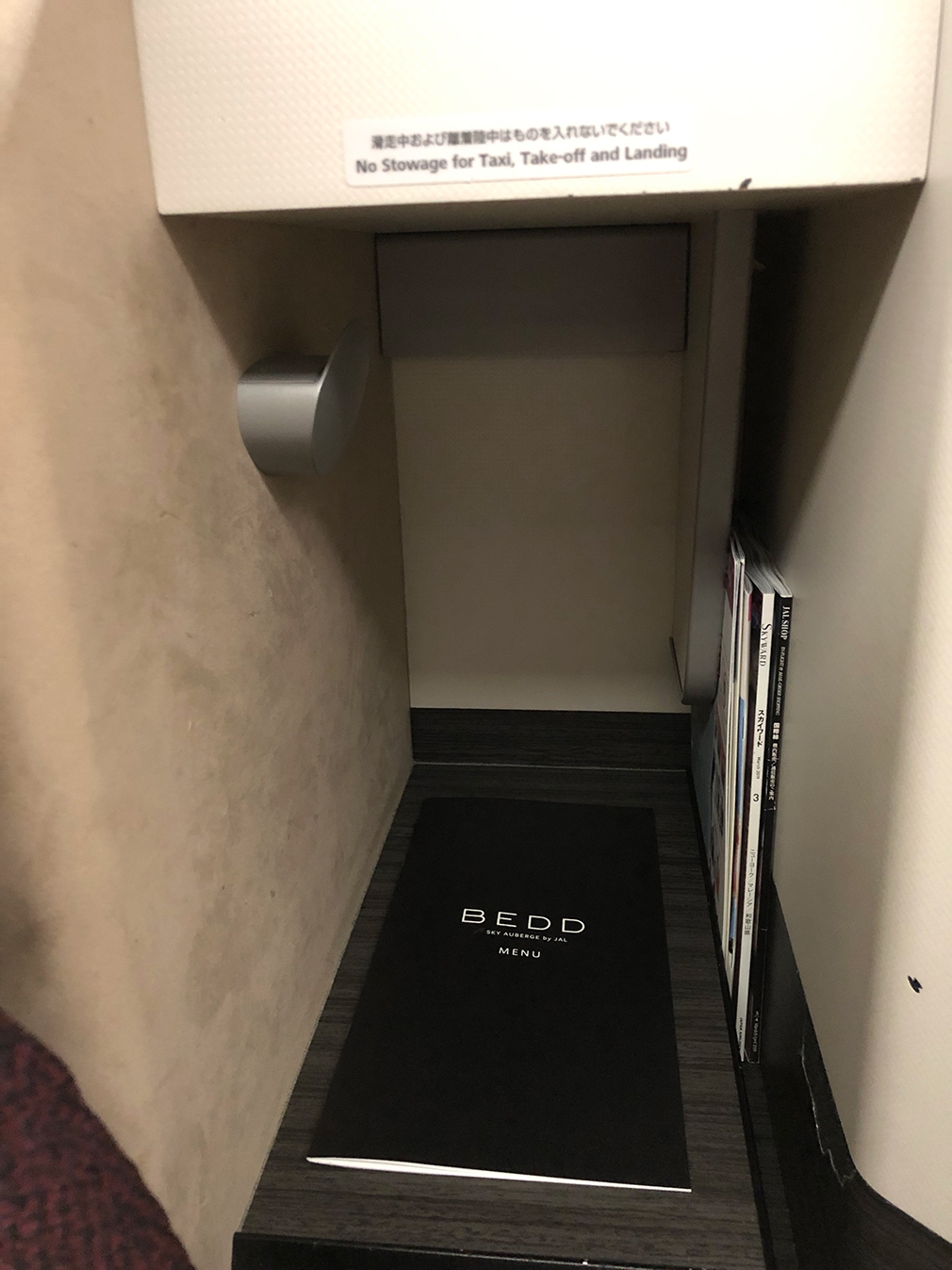 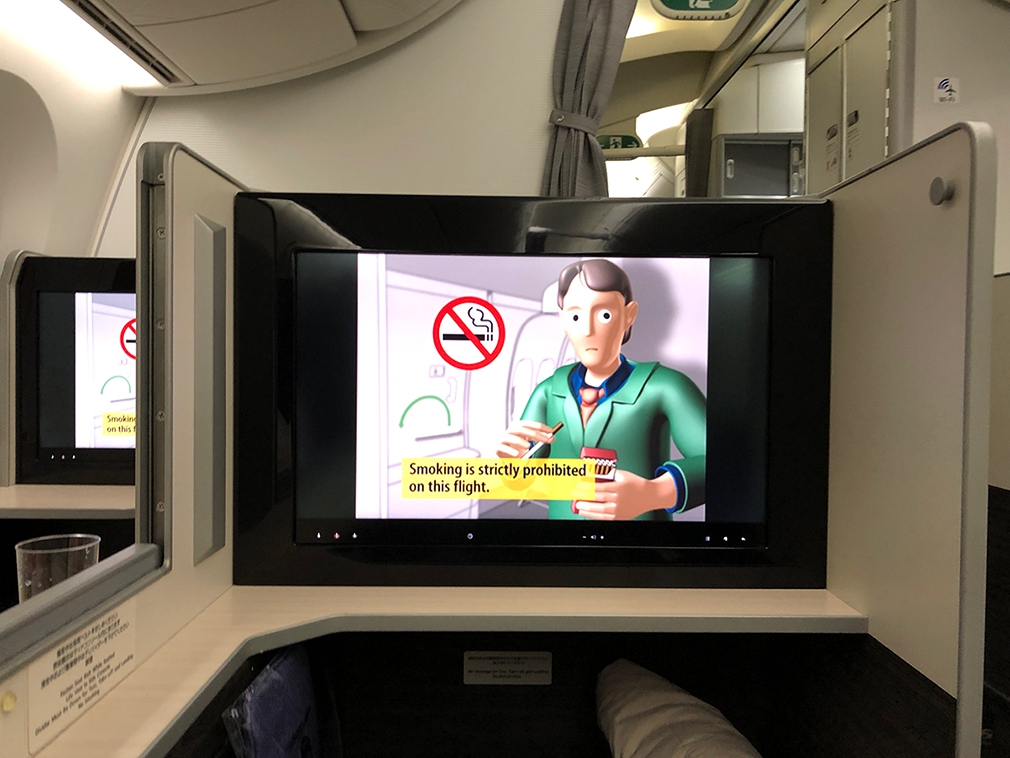 The uniquely Japanese way of doing the no smoking message 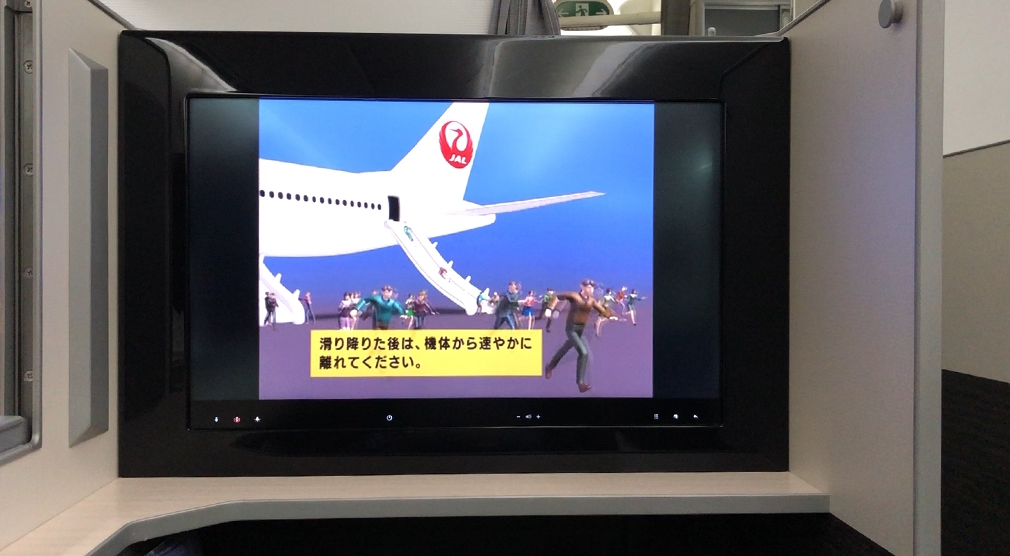 My seat 7C was an aisle seat which lacked privacy compared to the window seats which are tucked away. 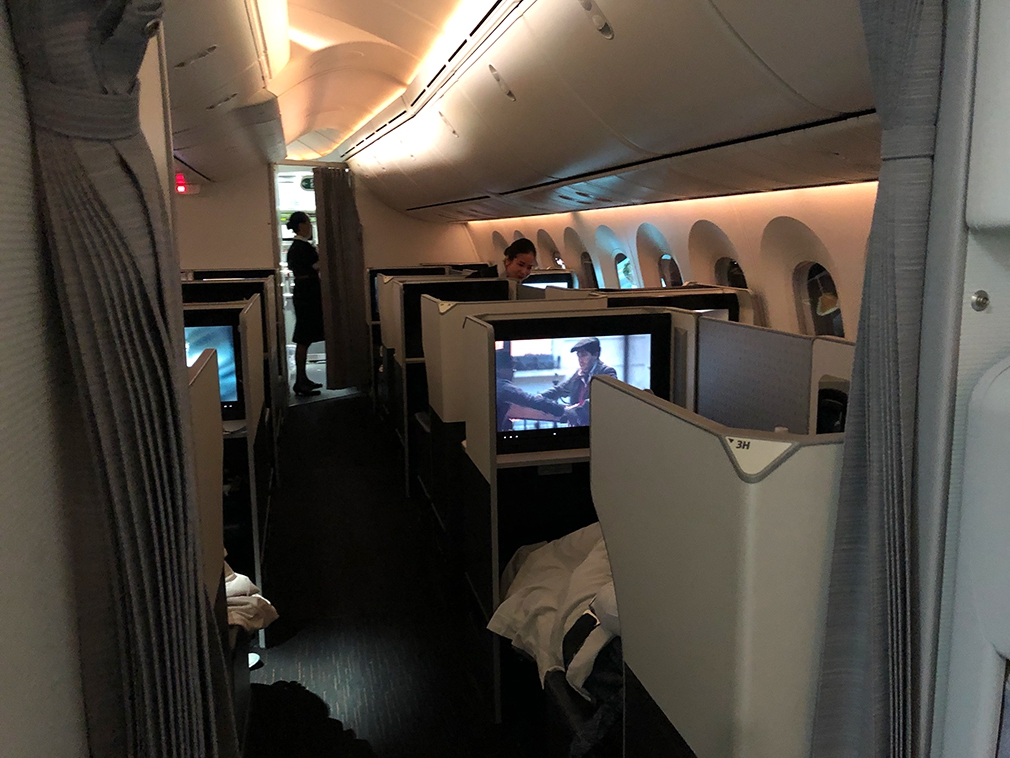 There's no gold or bling in the cabin like Emirates, Etihad or Qatar, just a very comfortable seat and really good service.

I took my 360° camera onboard this journey to give you a better sense of what it is like. My Sky Suite in 7C was an aisle seat which felt a little exposed. But still much better than say British Airways Club World aisle seat. Next time choose a window seat.

The inflight entertainment screen was giant, there's a personal reading light, charging ports, loads of foot room, and ample storage around your seat.

The overall business cabin of Sky Suites is not glamorous. Let me put that out there. JAL have decorated the cabin in a very functional way. Dare I say, business-ey! Imagine that! Business class that looks very business.

It seems like every restaurant in Japan is a Japanese restaurant and every meal on JAL is also distinctively Japanese. 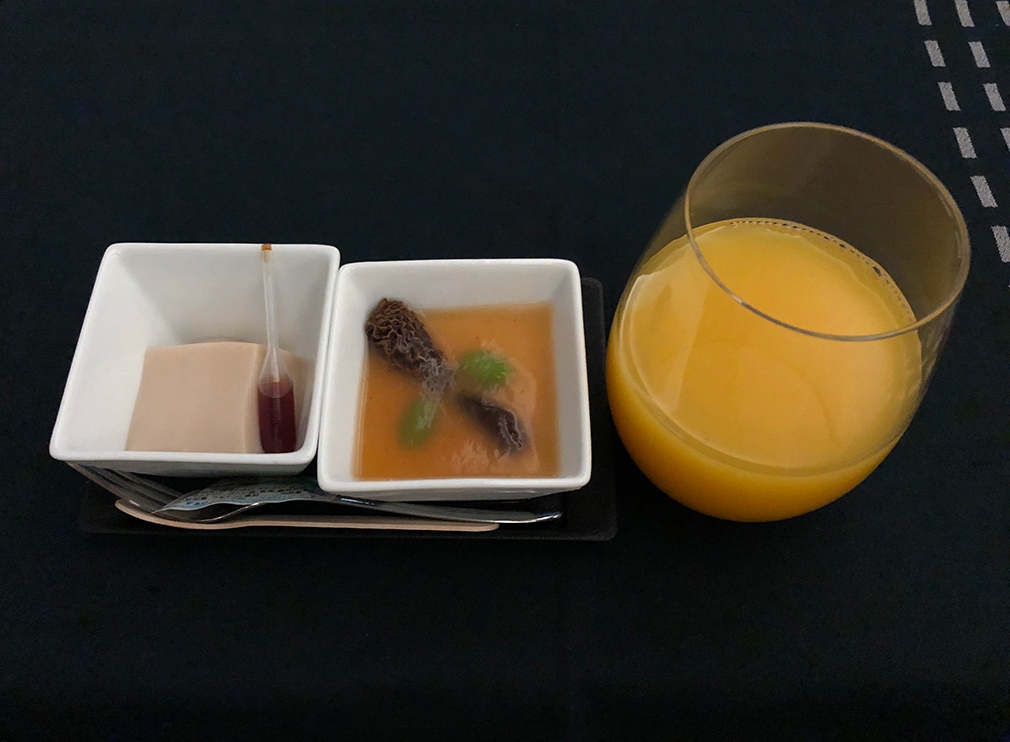 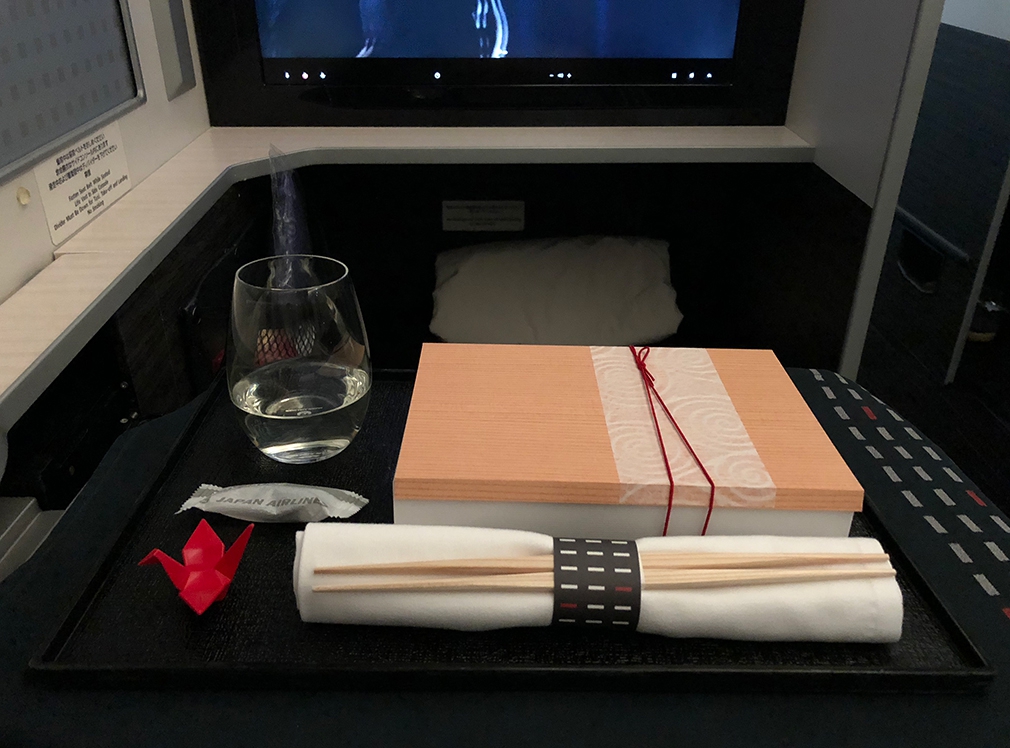 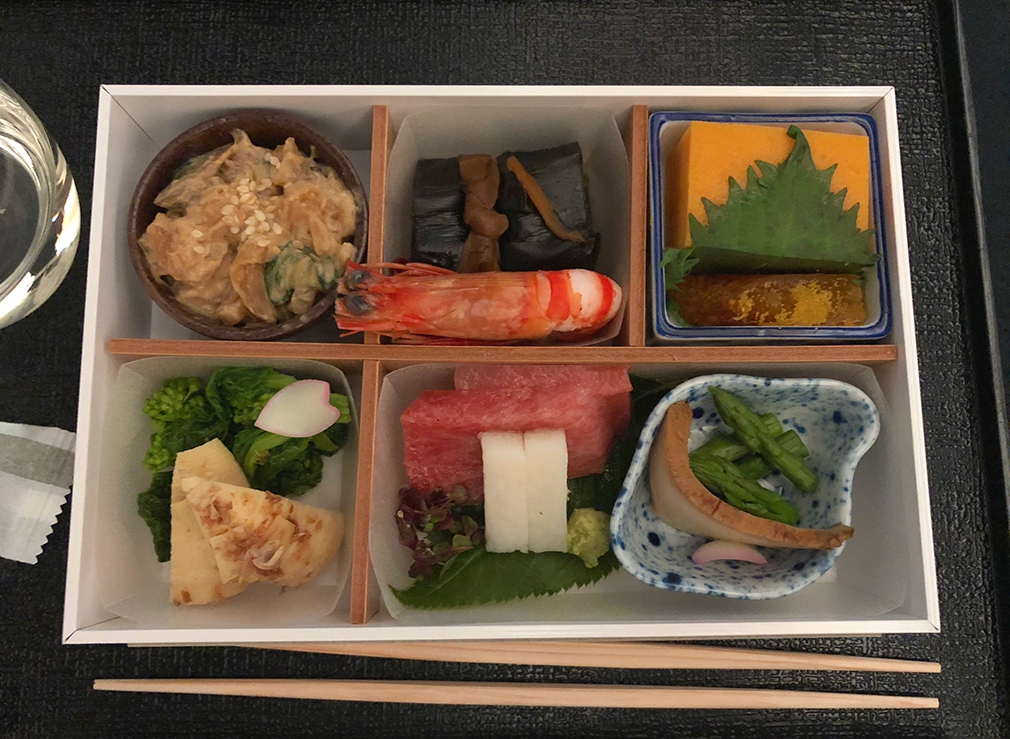 Open the Bento Box and what do you find?

Take the 360° look inside the Japan Airlines Business Class Sky Suite turned down into the bed.

Your seat reclines all the way back to lay completely flat. After dinner was served I asked for my seat to be turned into a bed. The JAL cabin crew quickly whipped the seat into a fully lay flat sky bed complete with seat topper, blanket and pillow. No pyjamas but hey! If you want to hang up a suit jacket just ask the cabin crew - they'll stow it for you.

The B787 is a low noise machine which is something you really value when you're on any plane, especially overnight on a 10 hour flight. I think I slept for 5 hours straight on this flight. 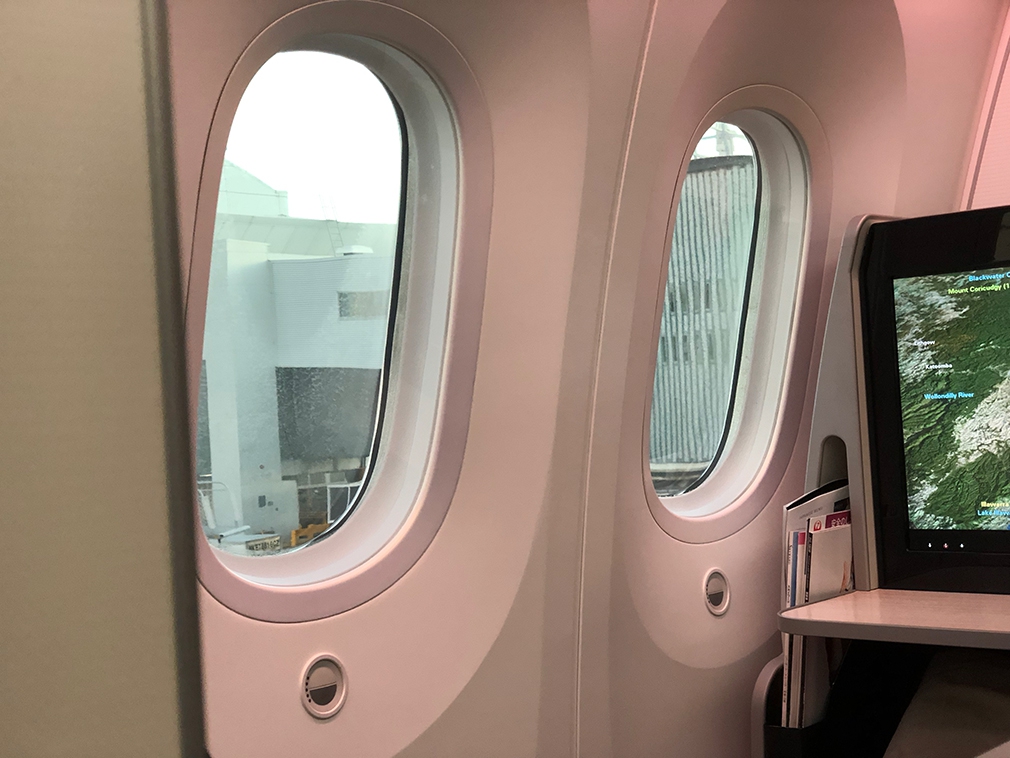 Docking at Sydney airport first thing in the morning

Flying this Japan Airlines flight in JAL Business Class was an amazing experience.

The Sky Suites are very comfortable for sleeping on long haul flights.

Booking using AA miles should have been straight forward but it was a bit more tricky than a normal.

There's polite and then there's Japanese polite. Professional too. No corners are cut on service.

I'll be back flying on Japan Airlines. 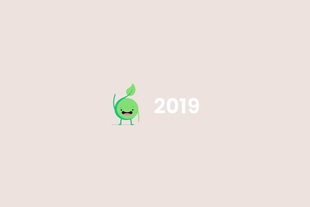 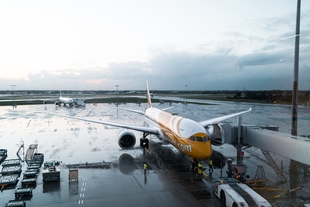 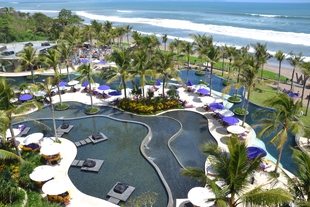 Other ways to boost your Qantas and Virgin Australia points