If 8 Famous Artists Created Maps of the Cities They Loved

If 8 famous artists created maps of the cities they loved

We're all used to the standard layout of roads, buildings and landmarks that appear on a normal map. The design is simple and effective, making it easy for us to find what we need. But a map need not be just about locating somewhere you want to go - it can also be spectacular in and of itself.

Whether strictly planned or loosely built over centuries, cities are physical testaments to human creation. To celebrate the beauty of some of the world's greatest cities, we've envisioned how their maps might look in the style of the great artists' who called them home.

Before venturing to New York to be part of its much-lauded avant-garde scene, Yayoi Kusama began her career exhibiting in Tokyo. Most famous for her iconic polka-dot motifs, which she uses liberally in her main mediums of installation and sculpture, Kusama also channels her creativity through painting, performance, film, fashion and poetry. In 2014, she opened a five-storey museum in Tokyo dedicated to her work: the Yayoi Kusama Museum. 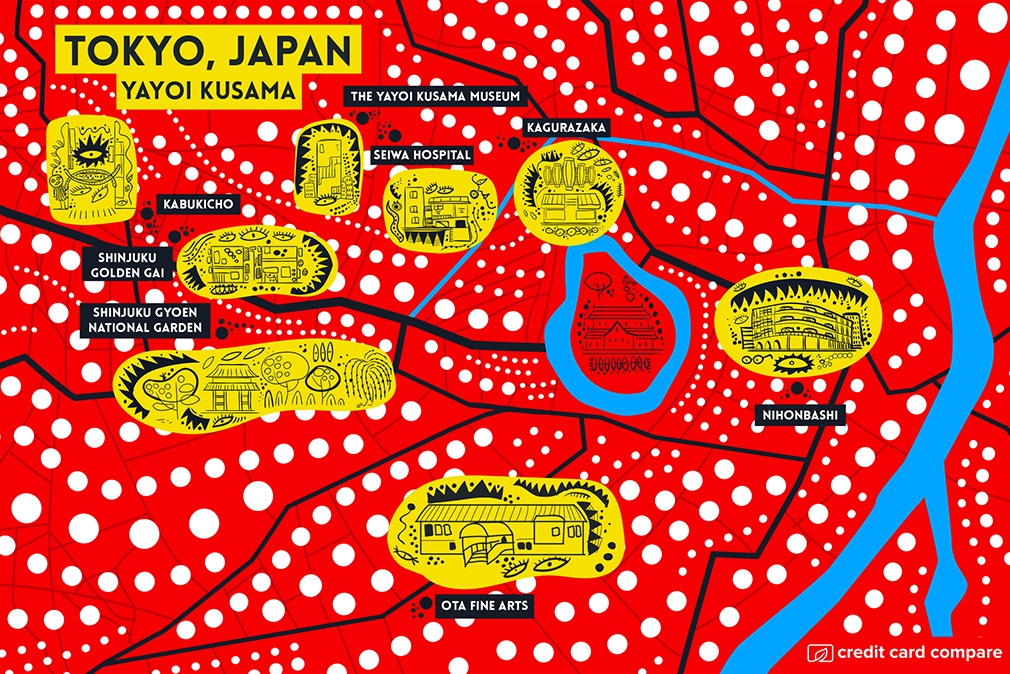 A colourful polka-dotted Tokyo map in the style of Yayoi Kusama.
Credit Card Compare
Our earth is only one polka dot among a million stars in the cosmos. Polka dots are a way to infinity.
- Yayoi Kusama

Hidden behind a veil of anonymity, British graffiti artist Banksy is well known for his controversial and thought-provoking art, which comments on consumer culture, geopolitical conflicts and modern life. He mainly uses stencils and spray paint, and he has stable motifs that commonly appear in his work, including rats and police officers. His worldwide success has pushed his work into other fields, including film-making and a dystopian theme park, Dismaland. But he stays close to his street art roots and still pops up in his favourite locations around England. 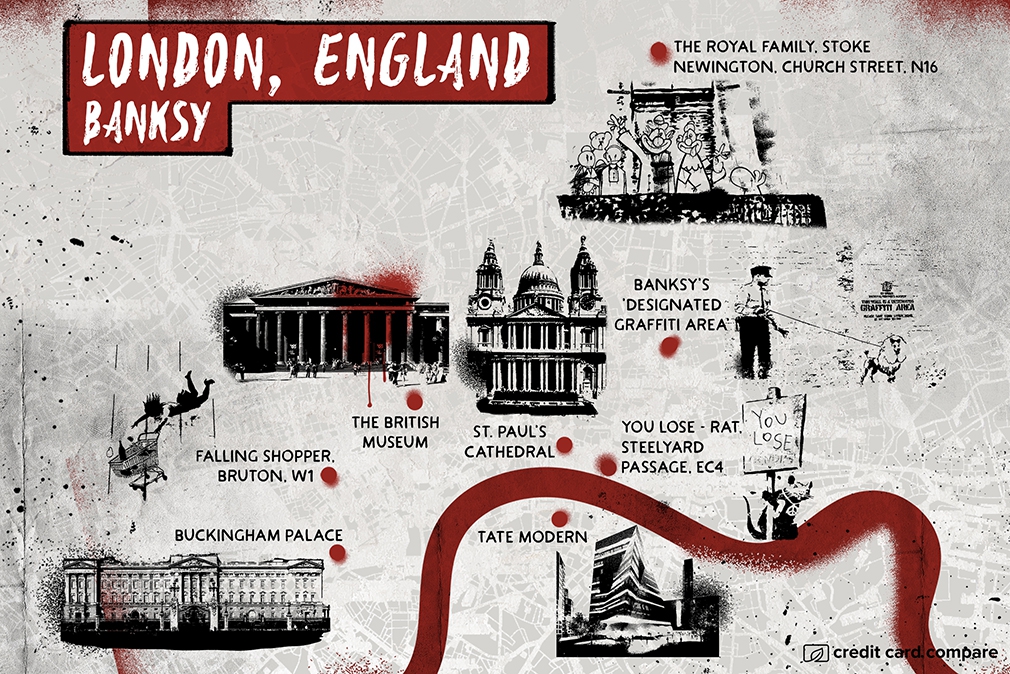 A painter, architect, inventor and anatomist, da Vinci brought together his genius and creativity to break the boundaries of what existed before him. His many notebooks — nearly indecipherable and often written in code — contain plans for planes, helicopters and bicycles. Living and working in the Florence of the Medici's, he received the patronage and creative stimuli necessary to inspire one of the greatest artists of all time. 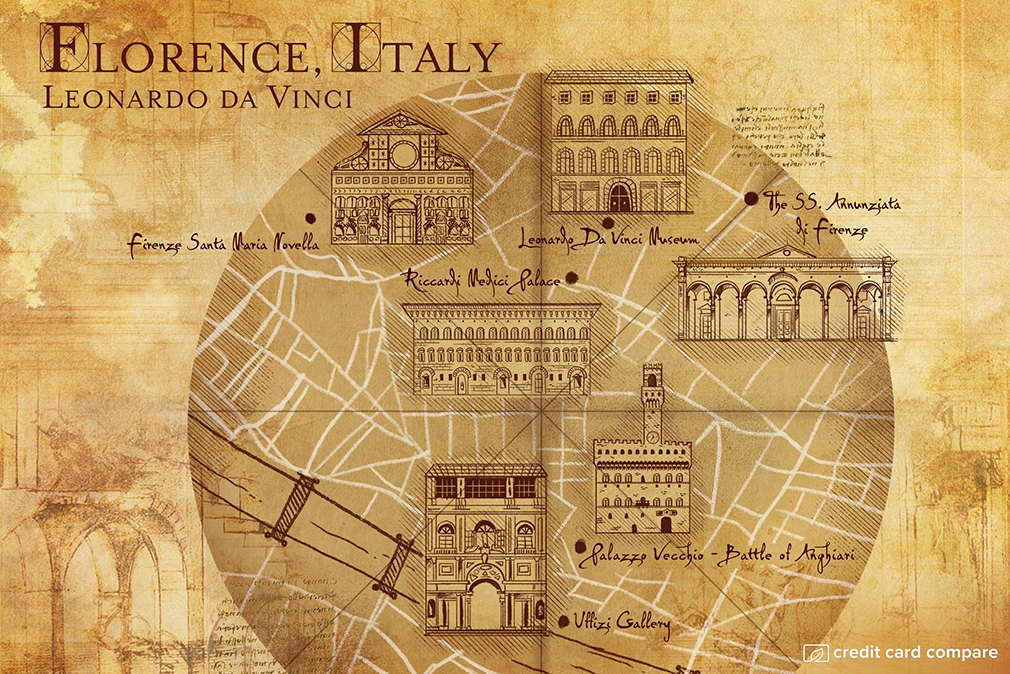 If you look really closely, there's a hidden code somewhere in the map.
Credit Card Compare

Van Gogh was a Dutch Post-Impressionist painter and is among the most influential and well-known artists in Western art. His intense personal expression, heavy and dramatic brushstrokes and bold colours were founding elements for much of modern art. Though originally there to attend university, van Gogh often took long walks around Amsterdam to admire its beauty — no doubt a source of inspiration. 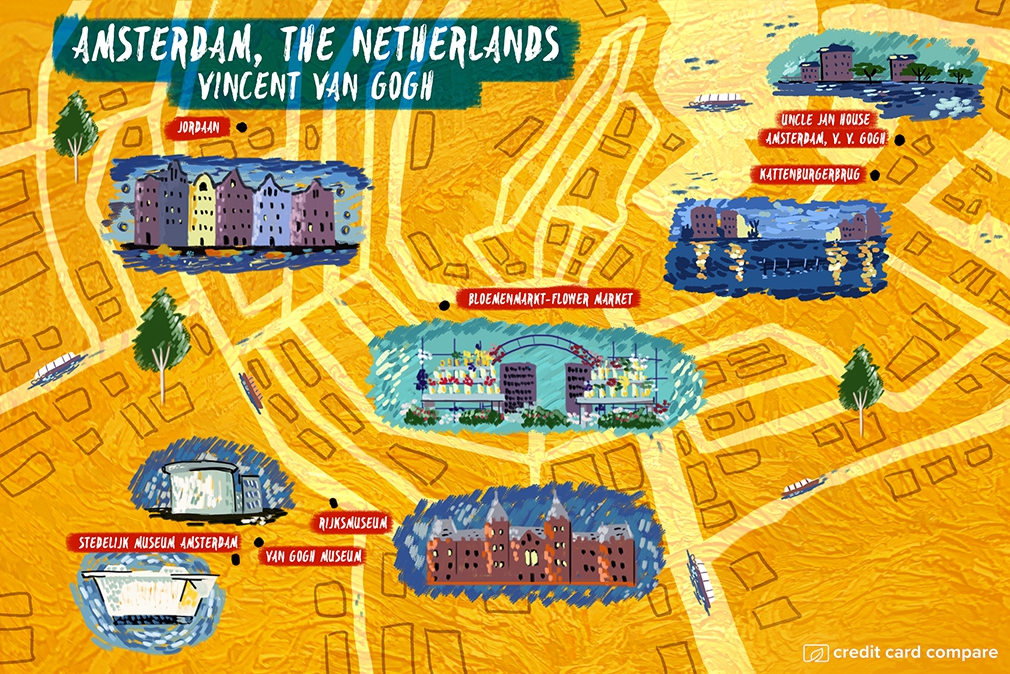 Born in Bradford, David Hockney was one of the progenitors of the British Pop Art scene but has been closely associated with Los Angeles since the 1960s. He's widely known for his bright and wavy swimming pools, as well as fantastically coloured landscapes depicting the Californian countryside he passed en route from his Malibu beach house to his studio in the Hollywood Hills. 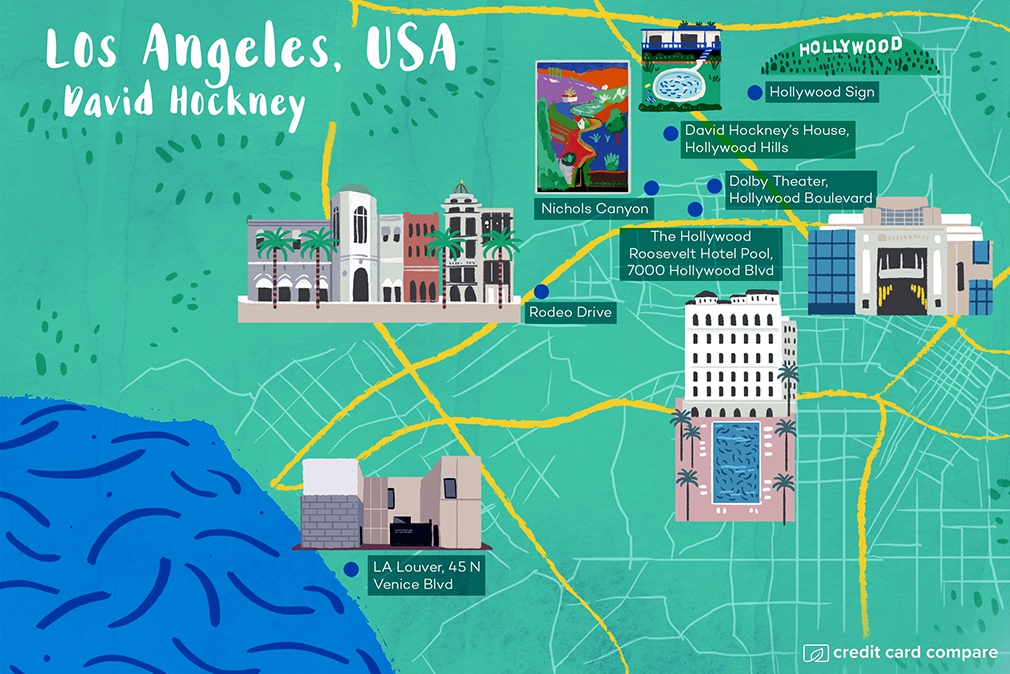 Los Angeles in the bright pop art style of which Hockney was famed.
Credit Card Compare

After beginning his career as a commercial artist and illustrator, Andy Warhol became one of the most famous proponents of Pop Art, beginning in the 1960s with silk-screened paintings of Campbell's soup cans and Coca-Cola bottles. His New York City studio, "The Factory," became a hive for contemporary celebrities like Marilyn Monroe, Elvis Presley and Marlon Brando. Though often criticised for his open embrace of the art market and promotion of consumerist ideology, he was, to many, an inspirational creator who made art accessible to the masses. 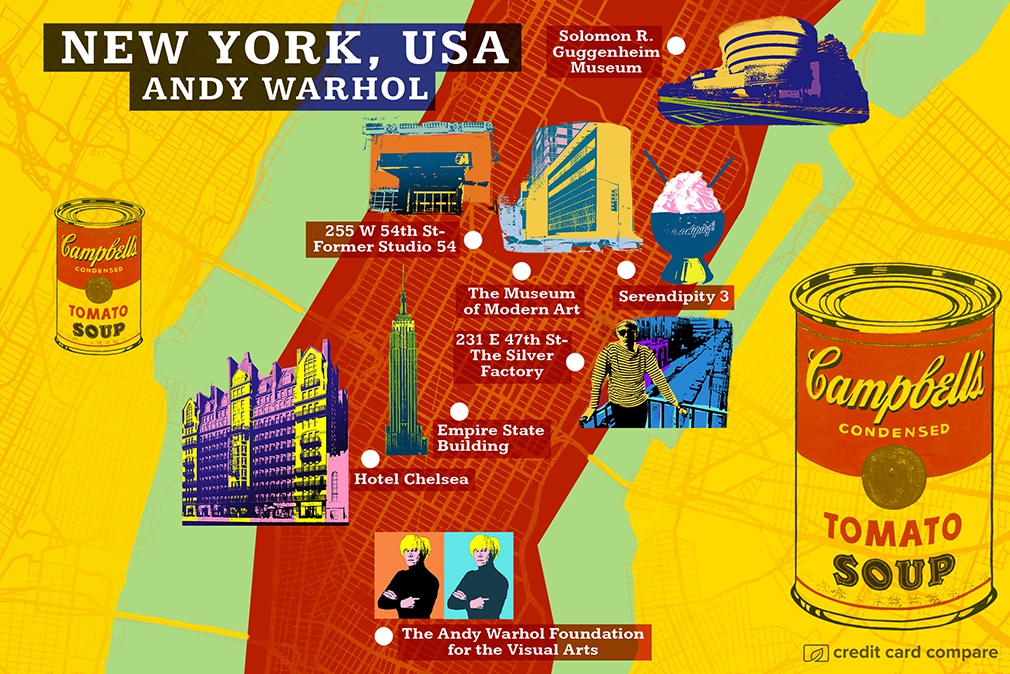 One of Australia's greatest modernist artists, Sir Sidney Nolan was inspired by his formative years in Melbourne and spent his career painting the Australian countryside and the lore of bush life. His works on the theme of 19th-century bushranger Ned Kelly are widely regarded as one of the greatest series of Australian paintings of the 20th century. Through his impressive landscapes and depiction of man's interaction with them, there's no doubt that Nolan's work had a definite impact on ideas of Australian identity. 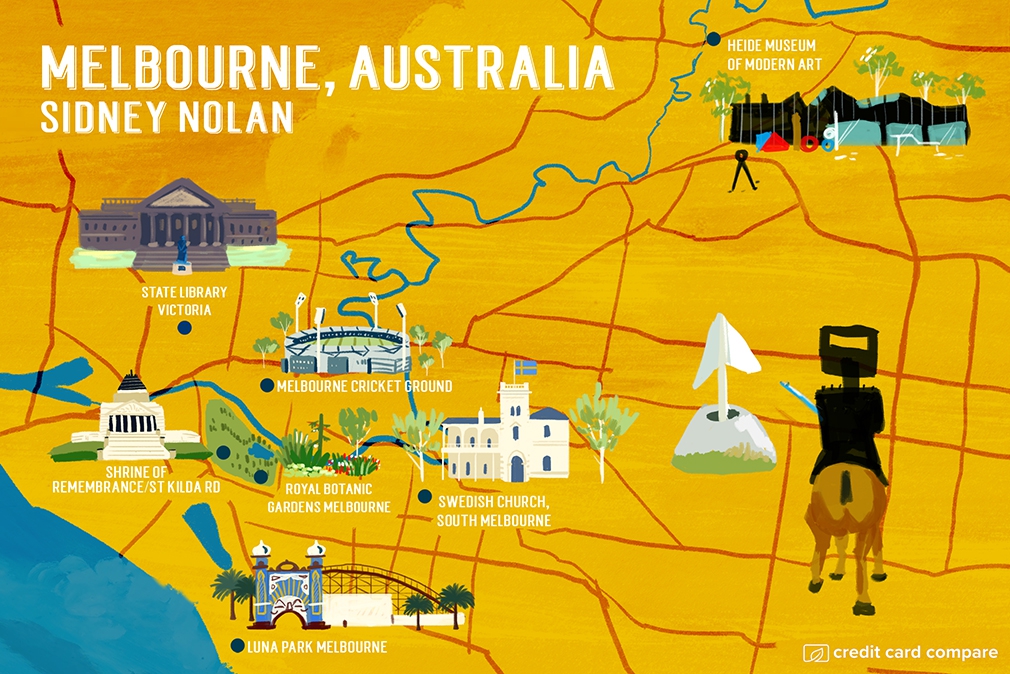 The rusty colours of the Australian outback dominate this map of Melbourne in the style of Sidney Nolan.
Credit Card Compare

Born in 1955, in Johannesburg, William Kentridge is best known for his stark, bold charcoal drawings, which he films during the production process and then presents as works themselves. His parents were lawyers, well-known for their work defending apartheid victims, and Kentridge's work often takes on themes of social justice. To fully grasp and appreciate his art, it's often necessary to understand the South African socio-political condition and history. 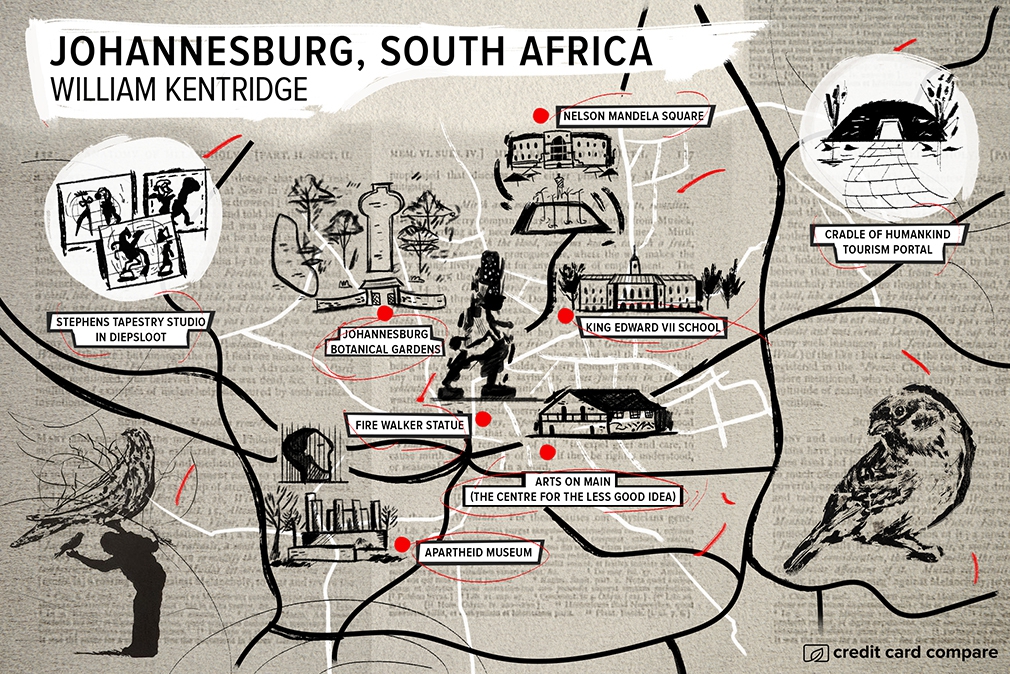 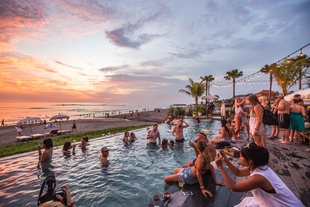 How to plan the cheapest Bali holiday 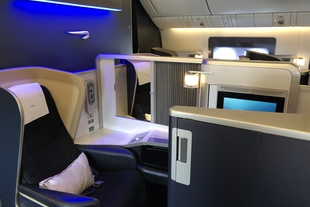 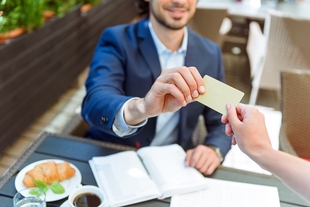 Why your bank doesn't have the best business credit card