In Australia, we celebrate Father’s Day on the first Sunday in September, but elsewhere in the world, it’s celebrated in June.

Have you watched your social media fill with Father’s Day love in June and wondered why Aussie dads must wait till September? Yeah, me too. And just how did Father’s Day become an annual event anyway? 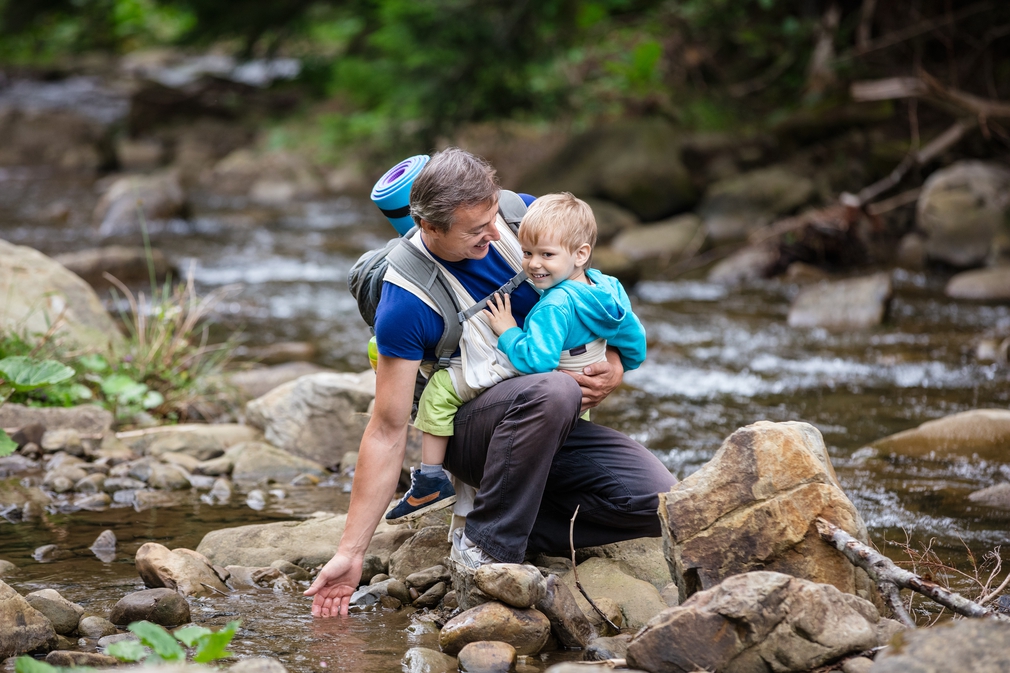 The history of Father’s Day

You may be surprised to know that Father’s Day has been a thing since as far back as 1508. A celebration of fathers, fatherhood and paternal bonds, in Europe’s Catholic countries it’s traditionally held on March 19, the feast day of St. Joseph, the husband of the Virgin Mary and earthly father of Jesus.

The Spanish and Portuguese took this tradition with them to Latin America, though these days many countries have adopted the US date for Father’s Day, which is the third Sunday in June.

So, why do Aussies celebrate in September?

As far as I can find and according to this newspaper report, celebrating Father’s Day as an annual event dates back to 1936, when the minister at a Newcastle church thought that because Mother’s day was becoming so popular, what about something for fathers too? The church held a meeting for fathers of all denominations and, as they say, the rest is history.

However, there is another school of thought that suggests it has more to do with the timeline of events and a rather crowded first half year of special days and celebrations. After all, in Australia, we have Valentine's Day, Easter and Mother’s Day, along with Australia Day and Anzac Day, all before the middle of May!

Having Father’s Day in September gives us all a bit of a breather. It’s not too close to the start of the Christmas season and perhaps we can save a few more dollars to buy dad something he really wants.

Our modern Father’s Day has become a multimillion-dollar industry. Spending totals vary wildly, but according to the Australian Retailers Association, in 2017, Aussies spent an estimated $768 million dollars on gifts for dad. That’s a whole lot of socks, jocks and shavers.

But isn’t the love we have in our hearts enough for dad?

Well, of course it is. Any good dad will tell you that. He’ll probably also add that he’s happy with a lovely homemade card, a phone call or lunch with all the family.

But let’s spoil him anyway. 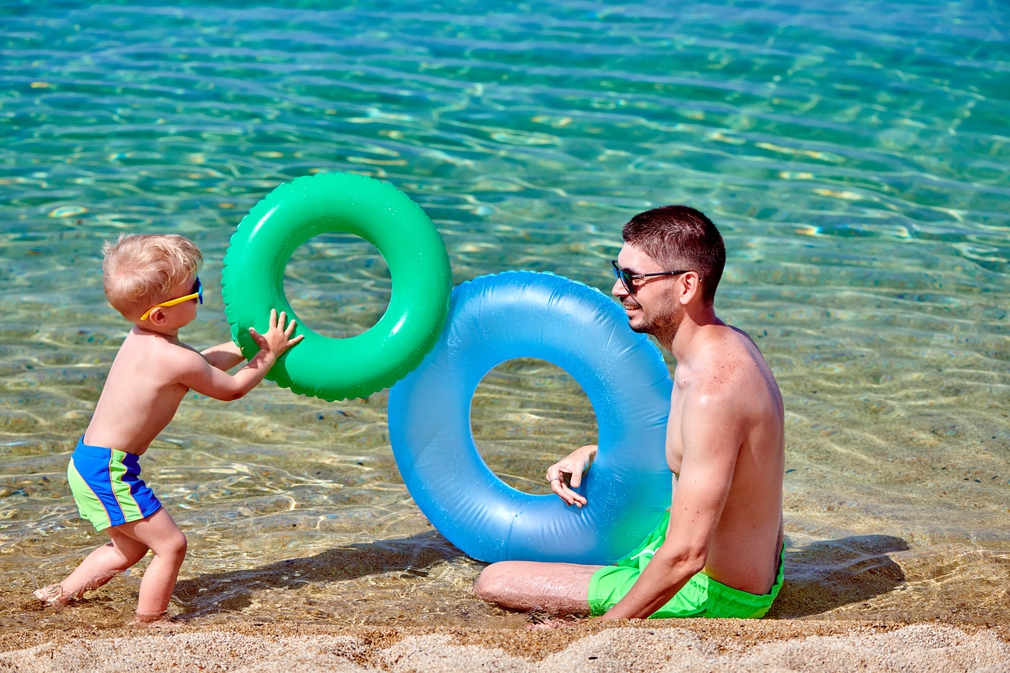 Score points with dad . . . and your favourite credit card

If you’re clever, you can buy your dad, granddad or the other important dad-type men in your life an awesome gift, and earn some points while you’re at it.

If you’re like me, you probably don’t have the time or energy to wander around huge shopping centres hoping for inspiration to strike. You may also secretly fear, again like me, that you’ll end up buying something kinda lame because you left it till the last minute and all the good stuff was gone.

Well fear no more, because now you can have the best of all worlds.

Qantas Frequent Flyer members can earn Qantas Points in two different ways. You can either shop your favourite brands at Qantas Shopping Online or pay with your linked Mastercard®.

With over 200 stores to choose from, you won’t have any trouble finding the perfect gift for dad, and, if you use your Qantas Premier Platinum Credit Card, you can earn up to 8 points or more per $1 spent for certain brands.

Some of the stores are even offering extra bonus points, so just head over to their pages to see how you can earn more.

And remember, the points you earn from Qantas Shopping are on top of the points earned with a Qantas Points-earning credit card, so you could get rewarded twice.

But I have an American Express David Jones Credit Card

Don’t worry, we haven’t forgotten about you.

If you have this card, or you’re thinking about getting it, you’ll already know that one of the best things is the flexibility to choose Qantas Frequent Flyer or Membership Rewards as your rewards program.

By the way, if you apply for an American Express David Jones Credit Card by 28 August 2019, are approved and spend $1,500 outside of David Jones within the first three months, you’ll receive 45,000 Membership Rewards points or 22,500 Qantas Points.

So, why not spend that $1,500 at the Qantas Shopping Mall, earn 22,500 Qantas Points and, most importantly, become dad’s new favourite child?

But I think it’s about time we had some fun, so . . . let’s go shopping at the Qantas Online Mall! 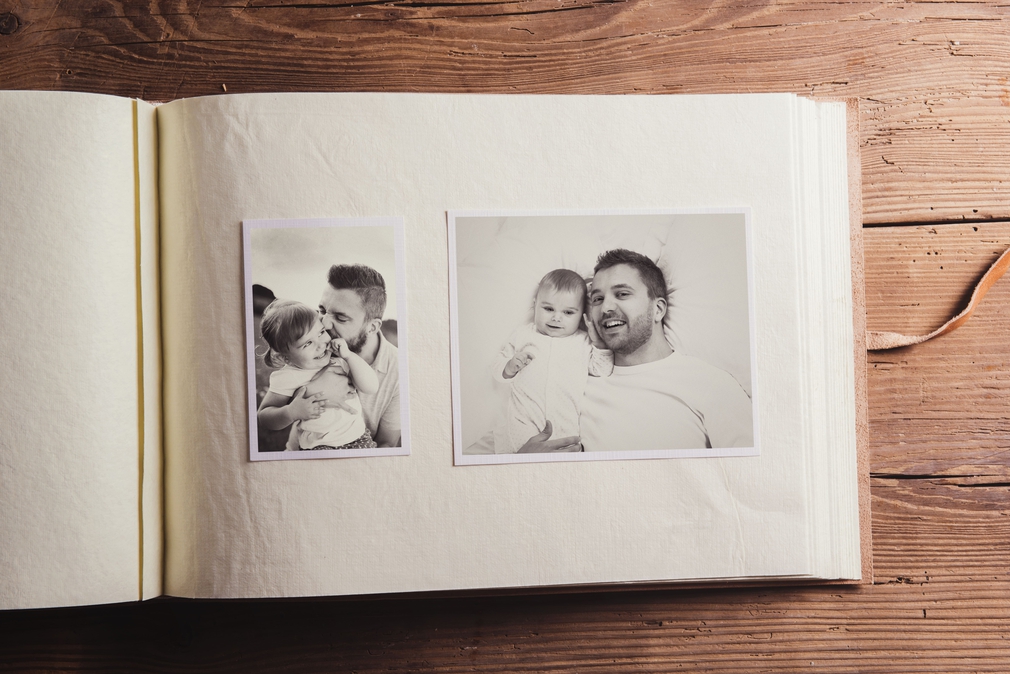 Gift ideas to make sure you're dad’s favourite

When it comes to Father’s Day gifts, is your dad a socks and jocks guy? Would he like some fancy new trainers to help get his summer bod happening? Is he a tech geek after the newest toy? Or does he just want some peace and quiet?

We’ve done the hard yards and put together our top picks to make your special dad’s day the best ever.

For the travelling dad 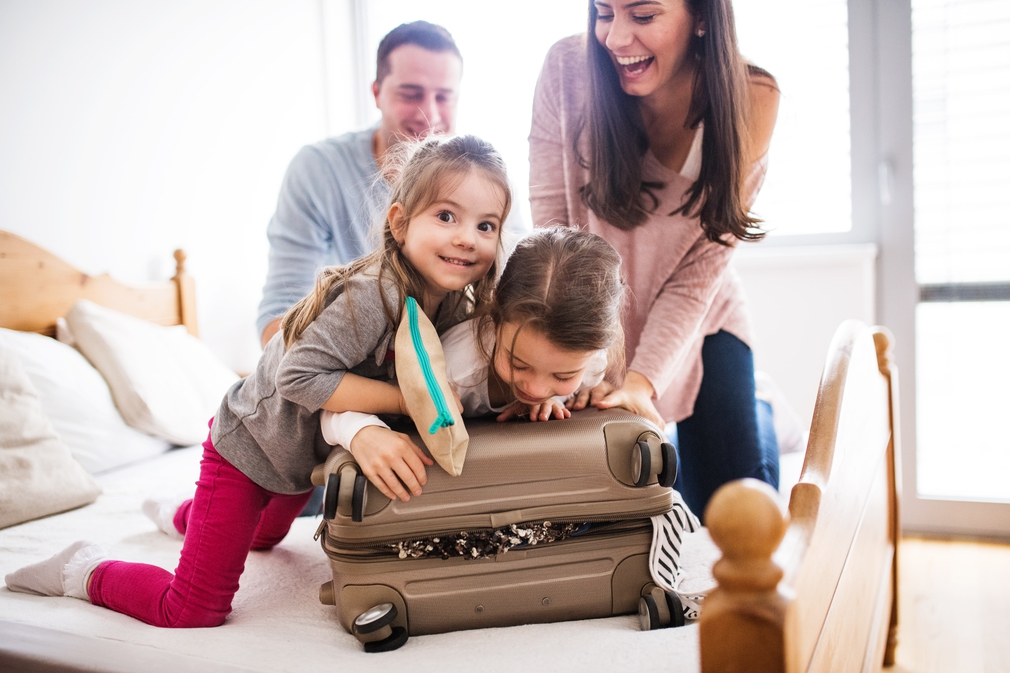 If your dad is a jetsetter then a DELSEY Chatelet Air 55cm Small Suitcase makes the perfect carry on luggage. At $299.40 purchased from David Jones, where you will earn 6 points per $1 spent, you’ll pocket yourself a generous 1,794 points.

While dad is inflight he will love these Beats Studio3 Wireless Over Ear Headphones. Priced at $449, if you purchase from David Jones you’ll get yourself a cool 2,694 points.

Or if your dad is sticking closer to home and just travelling to work, then a Travel Coffee Press Travel Mug could be just the thing they are looking for. At an affordable $39.95 and earning 2 points per dollar from Myer, you’ll collect 78 points.

Time to get the BBQ sorted before spring 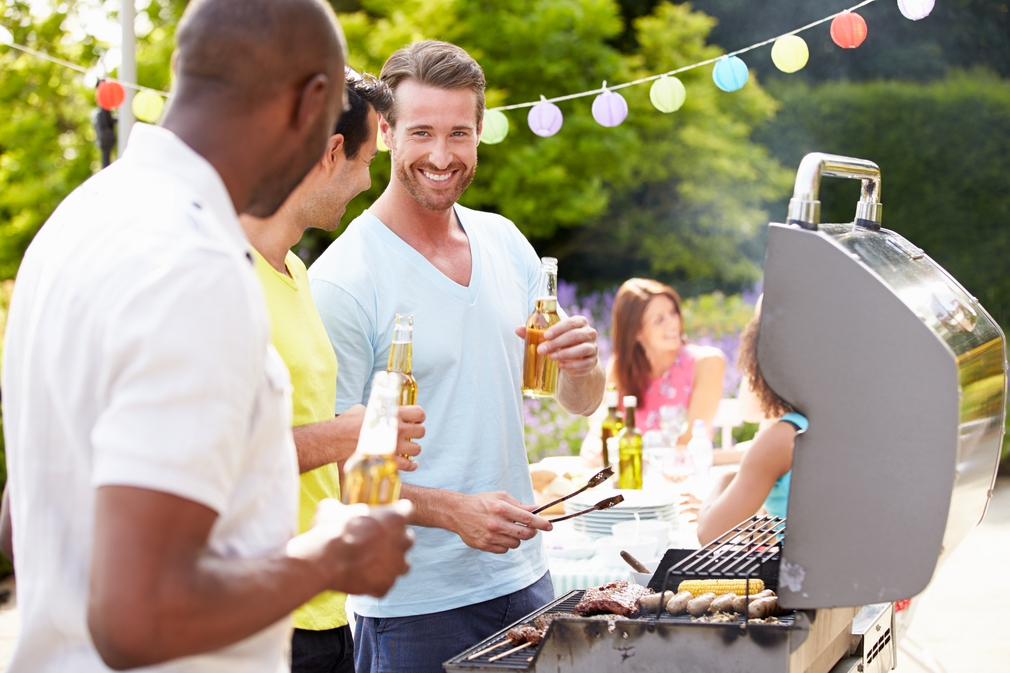 Even if you don’t have a big backyard, at Appliances Online, you’ll find the perfect BBQ for every dad. With prices starting at just $106 for the cutest BBQ ever, the Weber Smokey Joe, right up to $7,039 for a Beefeater Artisan Outdoor Kitchen, there’s something for everyone.

Appliances Online are offering 1 point for every $1 spent, so why not go all out and get dad the Artisan Kitchen?

For the outdoorsy dads 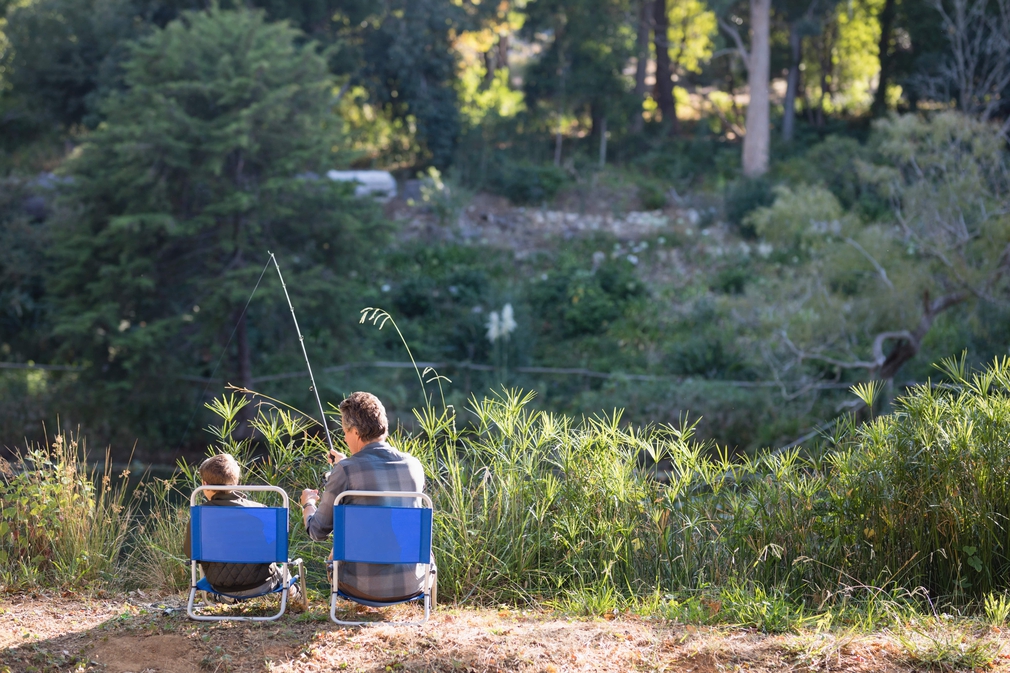 If your dad likes to get outdoors or head to the gym, the Apple converts will love an Apple Watch. At $599 and earning 2 points per dollar spent at the Apple shop you can pick up 1,198 points.

Or perhaps you’ve got an athlete on your hands who needs a few more bells and whistles from their sports watch. The Garmin Fenix 5X is always a popular choice. At $739, it's one worth looking into if you're pooling funds with some siblings. The watch is purchased from Kogan, where the 2 points you earn per dollar spent will net you a handy 1,478 points. 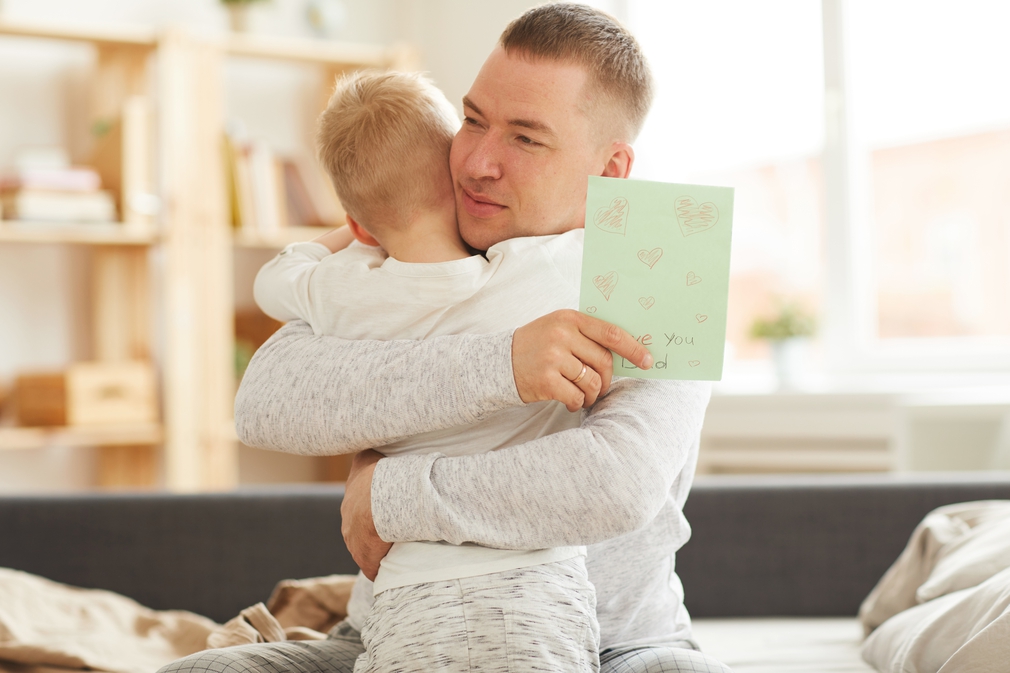 However, if you’ve got a hubby or a dad with a sense of humour, perhaps you can fill this lovely glass jar from Castlery, aptly named a Zen Jar, with some 100%-sustainably-mined, organic peace and quiet.

With the jar retailing for just $12, it’ll only nab you 48 points, but your dad’s laughter at having a smart kid who could think of such a clever gift will be worth more than just about anything else you could buy.

Would you like a good book with your peace and quiet? 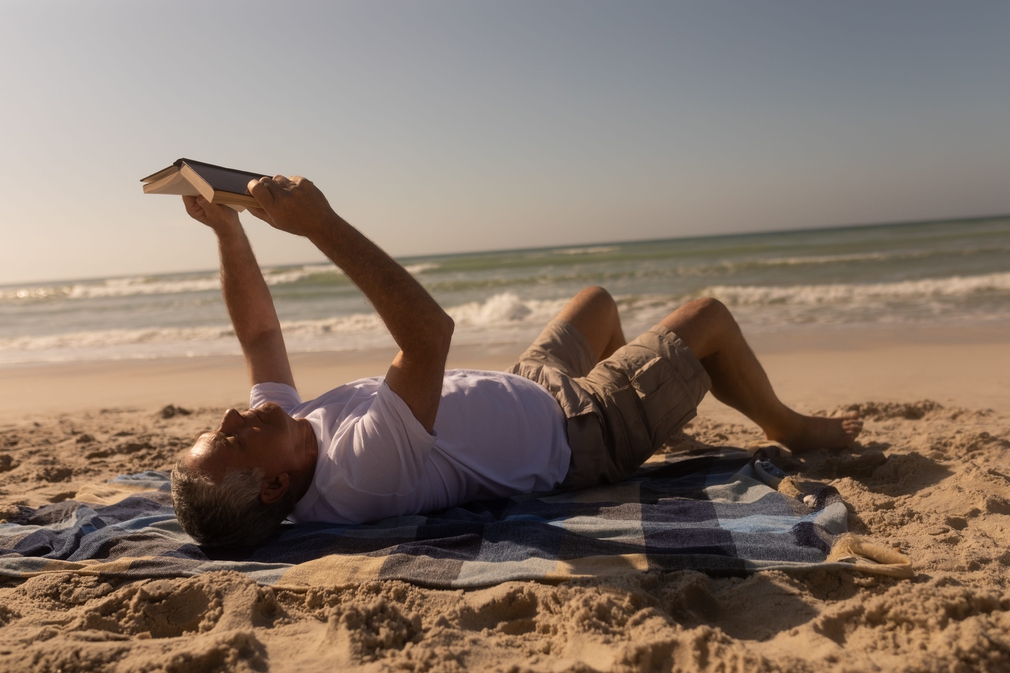 Booktopia offers 2 points for every $1 spent, so why not get dad a great book?

The Happiest Refugee, the autobiography penned by everyone’s favourite painter Anh Do, is a great place to start, but with thousands of books to choose from, you’re sure to find the perfect book for your dad. 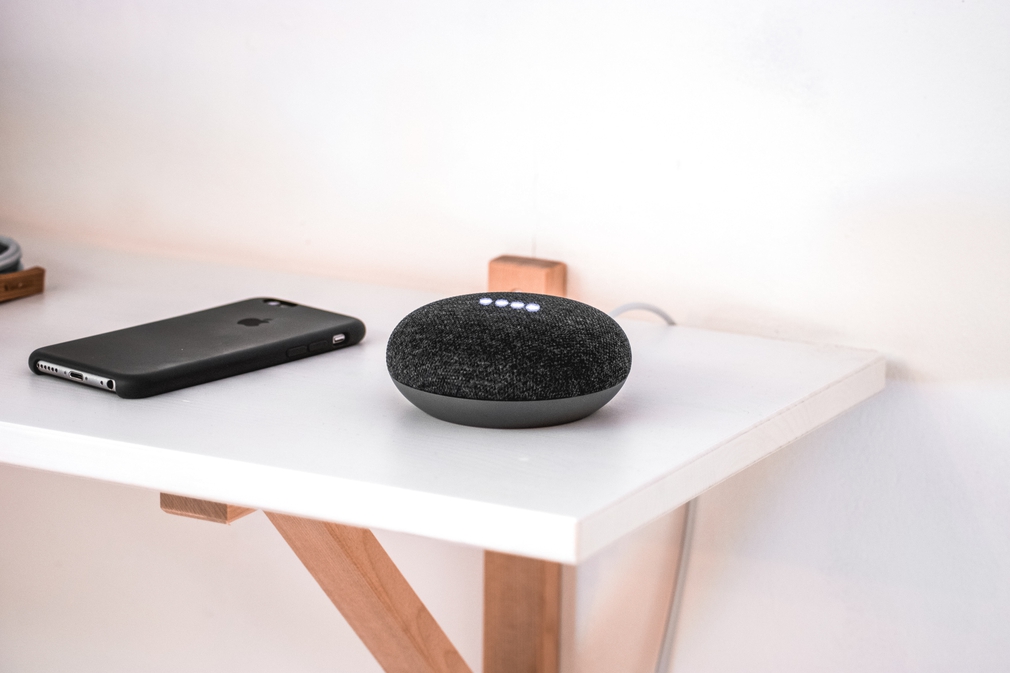 If your dad loves gadgets then the Google Home Smart Speaker is a great gift. They’ll love that Google does exactly what they tell it to do. Purchase from Catch for $118 and earn 2 points per dollar spent.

One size does not fit all

Dads come in all shapes and sizes and they all have very different tastes in clothing, so if some snazzy new clothes are what dad needs or wants, here are just a few stores that caught our eye.

boohooMAN – cool, urban clothing with a Big & Tall section. Currently having an up to 60% off sale and offering 5 points for every $1 spent. Your dad could be the hippest dude on the street by lunchtime on Father’s Day.

Mr Porter – does your dad like a bit of Gucci, Prada or Tom Ford? With 4 points for every $1 spent, maybe this is the year you can prove to dad that not only the devil wears Prada.

Adidas – for our sporty dads. Offering 4 points for every $1 spent, you have the choice of trainers, sports jerseys, hoodies, shorts and even water bottles in dad’s favourite English soccer team colours for just $15.

At the end of the day, we don’t care if our dad prefers boardies and thongs or if he only wears the finest handmade suits, we love him just the way he is.

With Father’s Day just around the corner, it’s time to find your gift of choice at the Qantas Shopping Online Mall, to delight both your dad and your points balance. 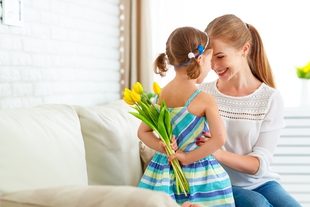 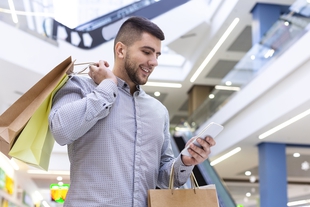 Black Friday sales in Australia 2019 | Shop and save! 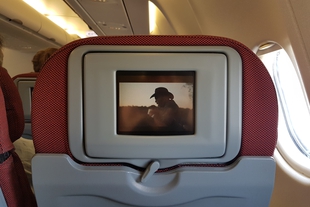