The word ‘glamping’ – a portmanteau of glamorous and camping – has been kicking about the travel world since around 2005 when people decided old school camping wasn’t for them. They wanted luxury, actual bedding and maybe a chair or two to peruse the landscape while enjoying a couple of sundowners. 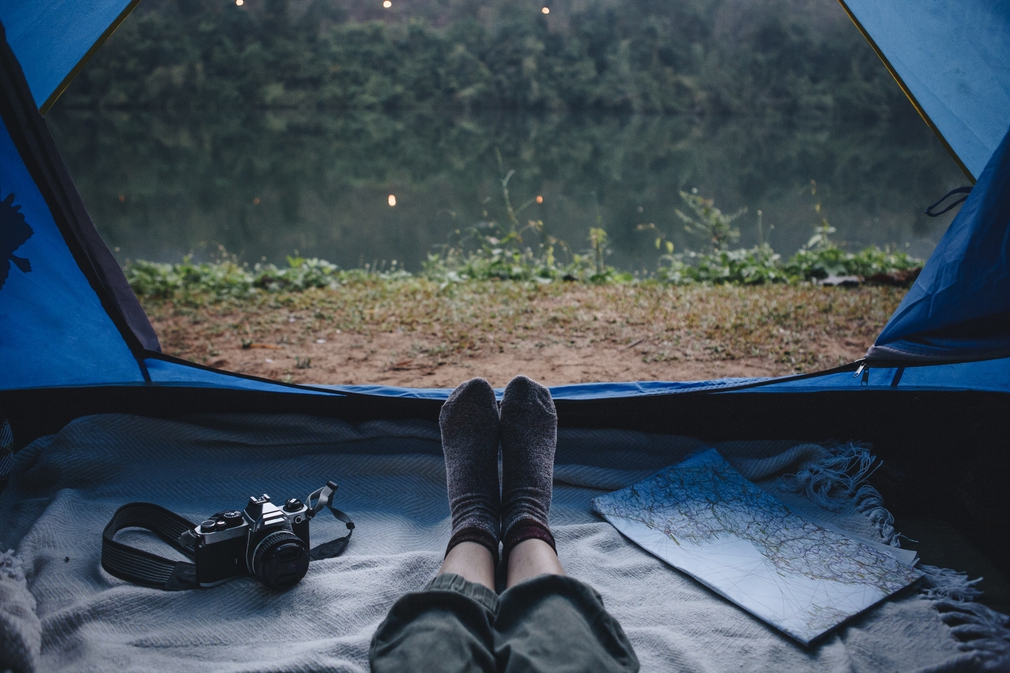 Old school camping isn't for everyone...

But glamping is hardly a new concept. It has its roots very much in the past. In the early 1900s, wealthy Europeans and Americans demanded opulence on their African safaris. They wanted to experience the great outdoors without relinquishing the fine life they were used to. Antique beds were sourced, along with Persian rugs and luxury bedding to kit out their extravagant tents.

Back further, in the 16th century, the earls of Scotland prepared lavish outdoor experiences in the Highlands for visiting royalty, their tents filled with items from their palaces to make a good impression. In the same century, during the Ottoman rule of south-eastern Europe and parts of the Middle East, palatial tents accompanied the imperial army on their manoeuvres. A team dedicated to looking after the tents travelled everywhere with the army.

The UK Glamping Association attributes the rise of glamping in the late 1990s to the international financial crisis that hindered foreign travel and caused the start of the staycation trend. In 2016 the word ‘glamping’ officially entered the Oxford English Dictionary, and is now used to describe a number of non-wild camping options. Yurts, pods, wooden cabins, tiny homes and shacks are all accepted as a form of glamping. 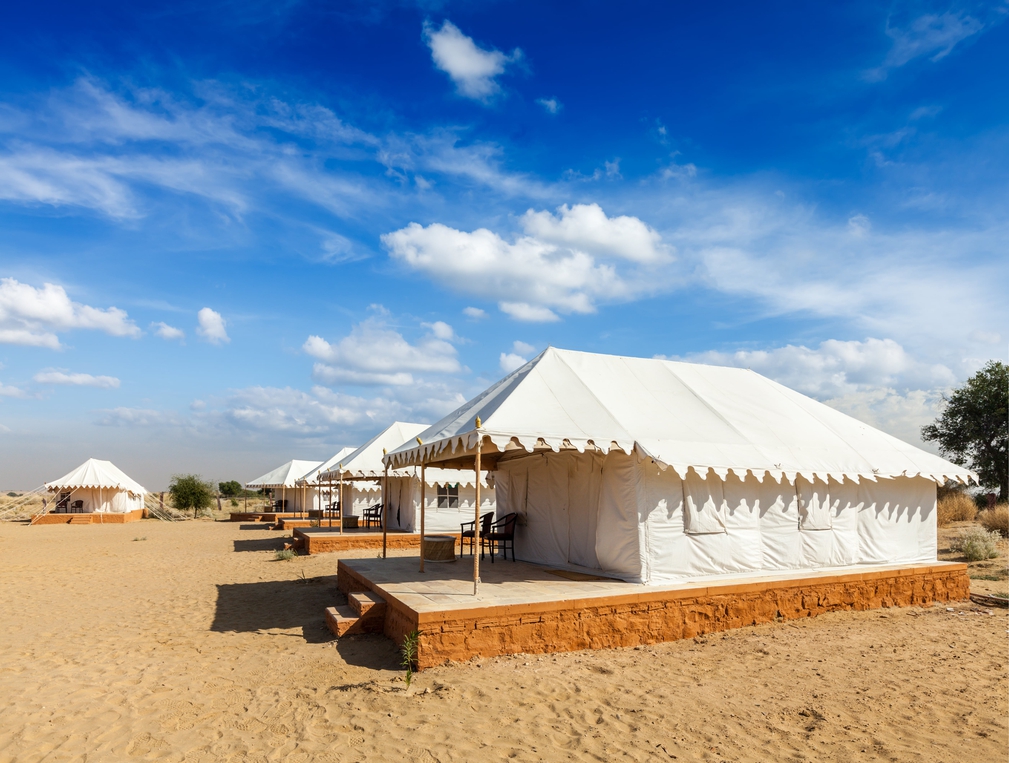 The pros and cons of glamping compared to ‘traditional’ camping 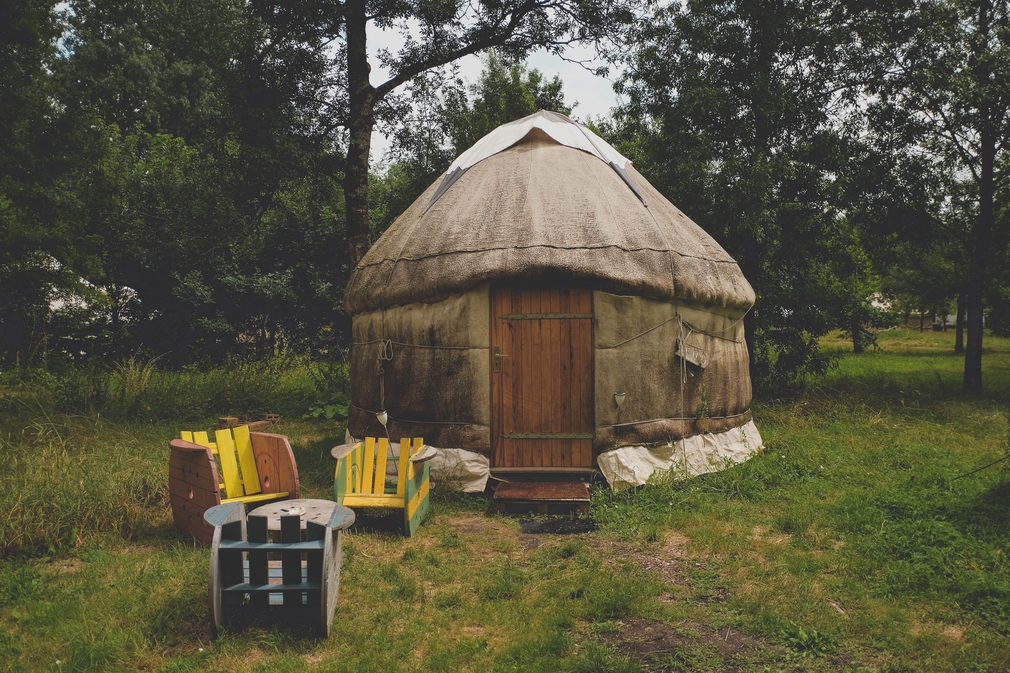 How to earn/redeem points on a glamping trip

We have rounded up a list of some of the most amazing glamping experiences available here in Australia.

Escape to Victoria’s spa region near the towns of Daylesford and Hepburn Springs, where life runs at a slower pace than usual. People come here to relax, unwind and enjoy some pampering. Cosy Tents offers 12 fully-furnished bell tents for adults only. It’s a quiet space where you can sit by the open campfire, chill out on site or take a trip into town and explore the surrounds.

At Park Lane Holiday Park, in the Yarra Valley, you have the choice of Lotus Belle tents replete with a double bed, sofa and dining table, or a glamping pod, with or without an ensuite. This retreat among the trees is the perfect base from which to explore Healesville and Victoria’s wonderful wine region. 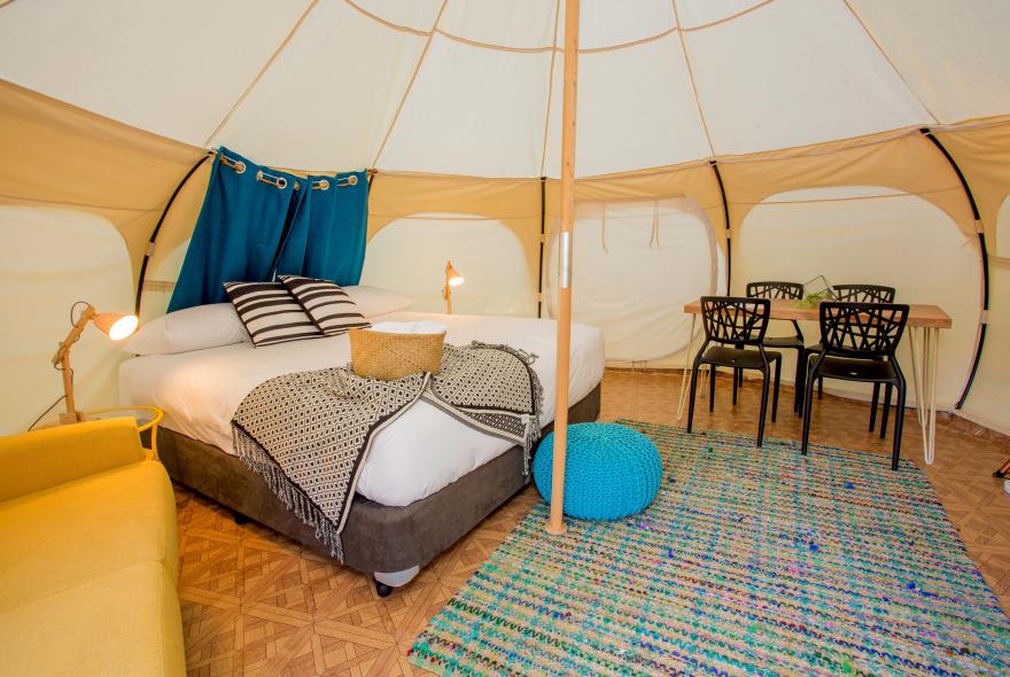 Based in the Mornington Peninsula, only an hour from Melbourne, Happy Glamper aims to take the pain out of camping for you. You book your campsite, they rock up with your tent and set up camp along with any extras you’ve ordered. All you have to do is turn up and enjoy.

Located in Sydney Harbour, Cockatoo Island is home to a great campsite that offers stays in pre-erected tents overlooking the water. Each tent is set on its own decking, has raised camp beds and all the linen you need. There are a couple of restaurants with bars on the island, games available at the campsite and fire pits for hire so you can enjoy an evening of good conversation under the stars. 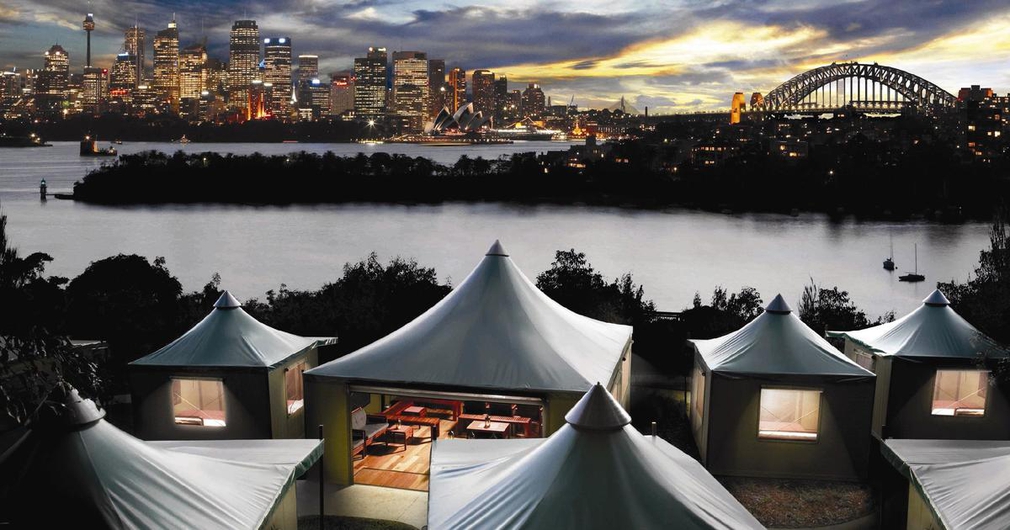 It would be hard to stay anywhere else in Sydney once you’ve experienced Roar and Snore at Taronga Zoo. Guests stay in safari-style tented accommodation overlooking the city, and dine in style while being serenaded by the sounds of the savannah animals just a few fences away. Take a guided night safari and see some of the zoo's residents up close and personal.

Travel 10 kilometres from Sydney centre to Lane Cove National Park, where you’ll find a real glamping experience at Tandara. Safari tents with plush king size bed and double shower are built up on platforms and set within natural bushland. Sit and relax on the private balcony where you might spot some of Australia’s native wildlife, or wander through the national park along one of the many winding trails. 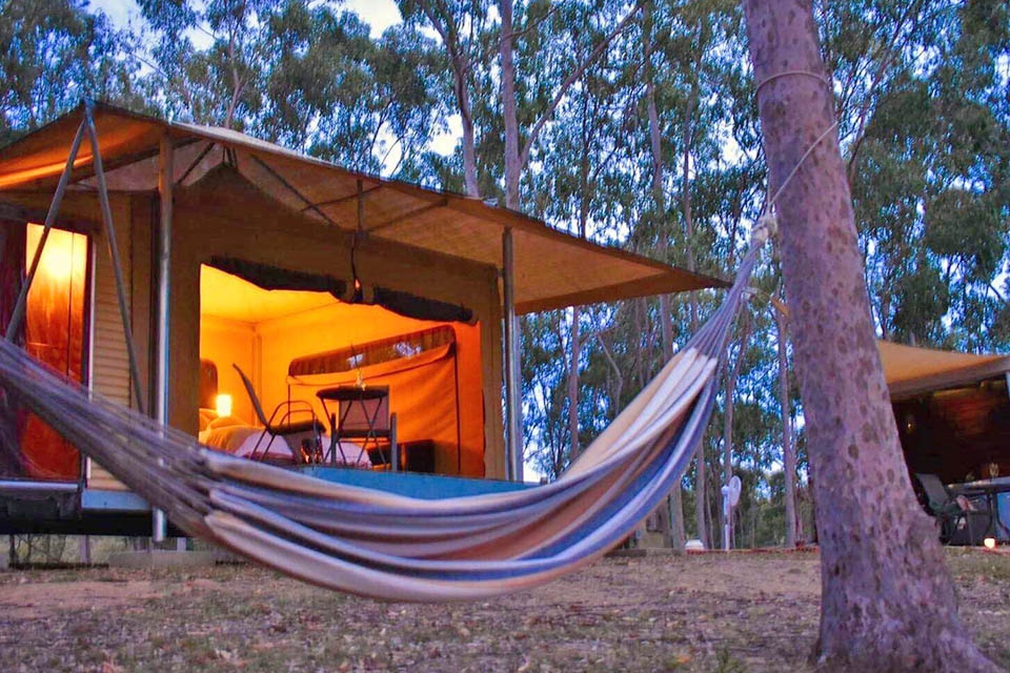 They say good things come in small packages. Ketchups Bank Glamping consists of two luxury eco-tents set on Queensland’s Scenic Rim. Welcoming adults only, the campground offers a unique experience in a quiet setting. The tents have queen beds and ensuites, and there’s an option to purchase gourmet hampers so you don’t have to worry about bringing your own food.

The Spirit of Gaia Retreat harks back to the good old African safari days. Heavy canvas tents kitted out with luxury furnishings and lined with wood lending rustic flair to this glamping experience. But that’s where the historical factor ends – private bathrooms and barbeques place the retreat firmly in the 21st century.

Catering to only four couples at any one time, Nightfall is something of an uber glamping experience. Set within the ancient rainforest of Queensland’s Lamington National Park, this remote glampground allows guests to get away from it all without forfeiting the luxuries in life.

Something a little different near Sydney or Melbourne 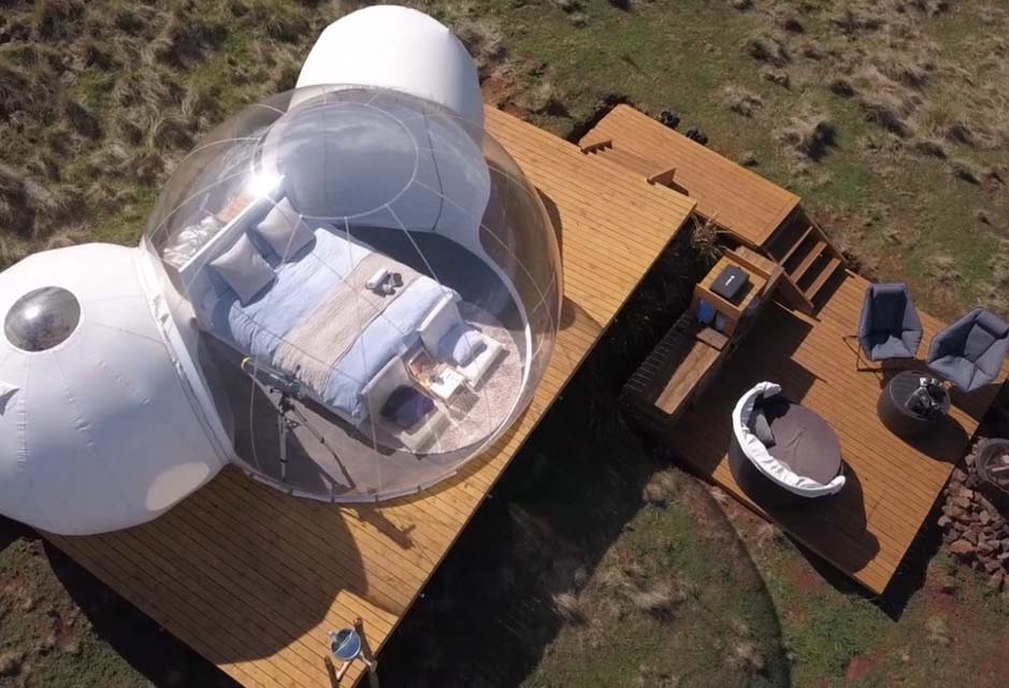 Capertee Valley, about 200 kilometres from Sydney is home to three unique bubble tents. These transparent bubble-shaped tents with panoramic views across the valley below offer a secluded getaway for adults only. It’s a self-catering affair so you need to bring your own food and drink. There is a small gas stove for cooking on, but as the site recommends, keep it simple – an antipasti platter and bubbles of the alcoholic kind will make sunset all the more appetising. 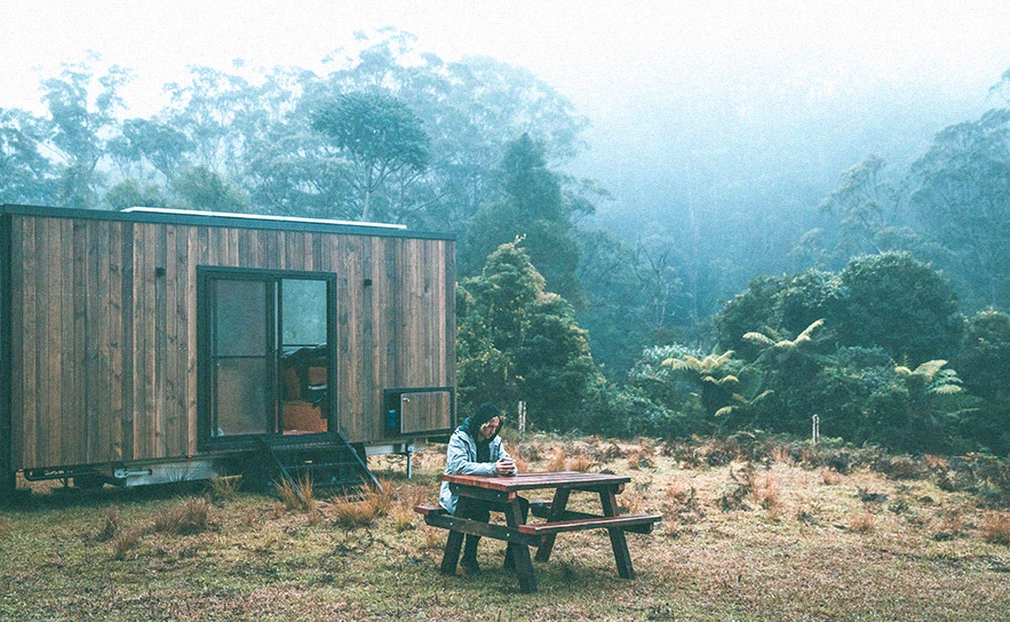 Born of the idea that people are keen to experience the wilds of nature without having to set up camp, Unyoked offers an escape from the city minus the hassle. With the tagline, “Minimum footprint, maximum chill”, Unyoked’s cabins are tucked away in secluded valleys and forests within a few hour’s drive of Sydney or Melbourne. Each tiny holiday home is kitted out with a bed, fridge, composting toilet, hot shower and gas burner. Be prepared to switch off and tune out – there’s no Wi-Fi or television, but books and board games aplenty are supplied.

If you’re looking for more off-grid breaks, In2thewild offer tiny home vacations across the states of Victoria and New South Wales. Explore Victoria’s High Country staying in Goulburn River Valley or soak in the springs in Hepburn Shire just 90 minutes from Melbourne. Get back to nature in the heart of the Blue Mountains or savour the best of NSW’s wine region with a tiny stay in the Hunter Valley, where you can book a helicopter to take you wine tasting.

Build your own Tiny House 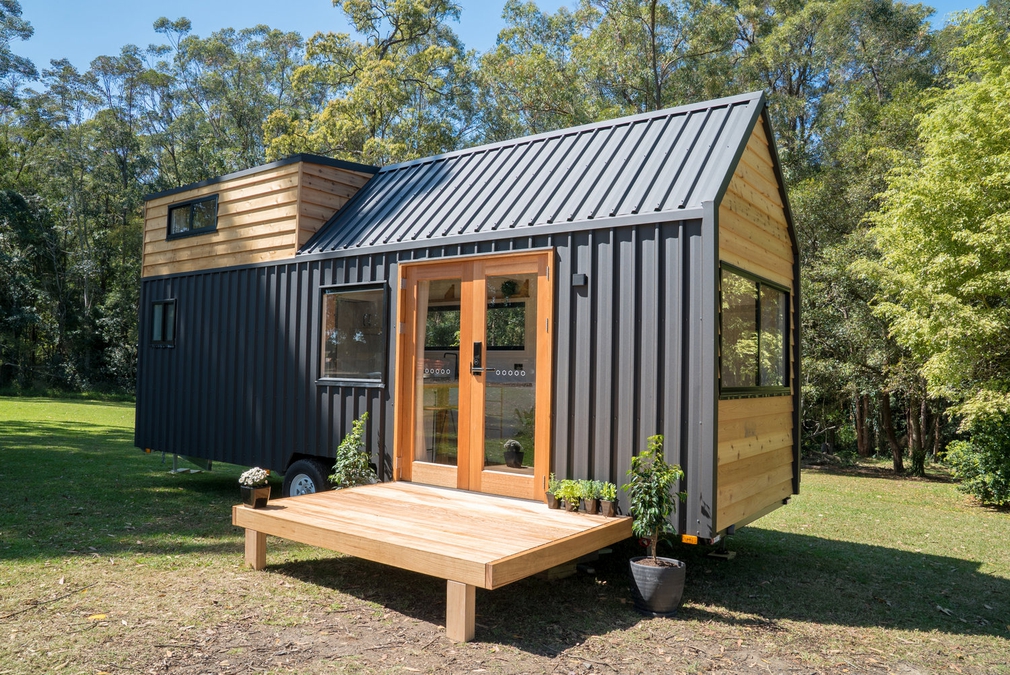 If all this talk of glamping and tiny homestays has you thinking of living more simply, you can make your own tiny home dream a reality with Hauslein Tiny House Company. This New South Wales-based business was created to offer homebuyers affordable housing while living more sustainably.

With models starting at only $75,000, Hauslein’s tiny homes are designed and built in Australia and comply with the Building Code of Australia and the Australian Design Rules. These cleverly designed tiny houses are luxurious and highly functional with the option to go fully off-grid if you so desire. And if you’re ever short of a dollar or two, once you’re all set up you could become part of the glamping holiday family and rent your tiny home to the masses. 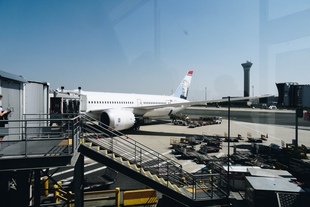 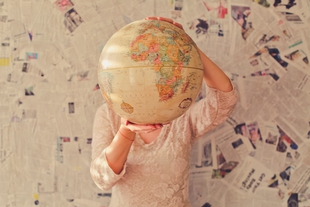 Bucket list vacays: Where 75,000 Qantas points will take you 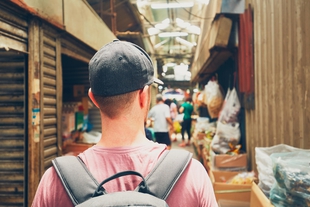 Do you need a travel money card when travelling?